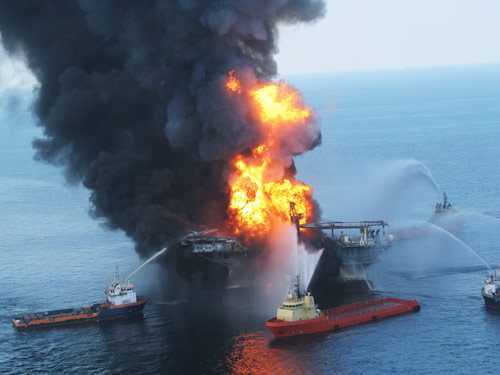 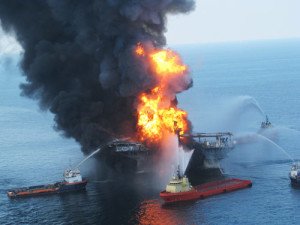 By BBN Staff: On the six year anniversary of the worst environmental catastrophe in United States history, British Petroleum’s (BP) Deepwater Horizon oil spill, Oceana issued a press release explaining the negative effects that event is still having on Belize’s ecosystem as well as many other eco-systems around the world today.

When the rig exploded back in 2010, it killed 11 people, injured 17 others and for the next 87 days, spewed almost 5 million barrels of crude oil into the Gulf of Mexico. The disaster wiped out wildlife, crippled thousands of businesses and continues to affect tourism and fishing communities thousands of miles away from the accident site, including Belize.

Oceana’s release states that 2015’s attack of the seaweed when massive amounts of unsightly sargassum washed up on Belize’s shores, drowning our beach tourism product, was traced back to a dispersant used in the BP cleanup. The smell of the seaweed was unbearable and organized beach cleanups were not enough to combat the problem as tourists cancelled reservations.

Eventually the seaweed stopped washing ashore but not before damage was done, since tourism stakeholders had already taken a huge hit. That dispersant, said to have caused the problem, is called Corexit and according to the release, it was used in unprecedented quantities, helping to kill large sea-grass meadows.

Beyond being important nursery grounds for reef and mangrove species, sea-grasses help to limit sedimentation. The release states that flyovers of Northern Ambergris Caye in 2016 have already shown increased “cloudy” water in places where sea-grasses died.

All this is why Mexican and Caribbean tourism stakeholders are still holding their breath, hoping that the sargassum won’t be back in 2016 but the tough truth is no one really knows what will happen next, Oceana said.

The sargassum may or may not be as bad this year, or it might be something different but just as damaging. Numerous scientific studies into the impacts of the spill continue to conclude widespread and catastrophic damage “to plant and animal species in all parts of the food chain across the affected zones”.

As a result of the immense damage caused by this spill, numerous lawsuits have been filed against BP, the latest being from a non-governmental group in Mexico and this comes after the company agreed to pay 20 billion US dollars to American authorities.

Dr. Ingrid Biedron, marine scientist for Oceana said: “Six years later, the lesson from the Gulf of Mexico oil spill is clear: offshore drilling is not safe for marine ecosystems, the economy or human health and we know that opening new areas to offshore drilling poses unacceptable risks.”

Here in Belize, Oceana continues to advocate for the protection of Belizean resources from the inherent and irrevocable environmental and economic dangers of offshore oil.

Janelle Chanona, Vice President of Oceana for Belize said: “Other countries are already successfully transitioning to clean energy solutions and Belize’s national energy plan should not include offshore oil.”

The release ends by stating that after seeing all the damage that can be caused by offshore drilling, we cannot afford to take that risk in Belize as our marine ecosystems are vulnerable.