Belize says “no” to gay marriage

GOB: Churches can appeal Section 53 but we won’t 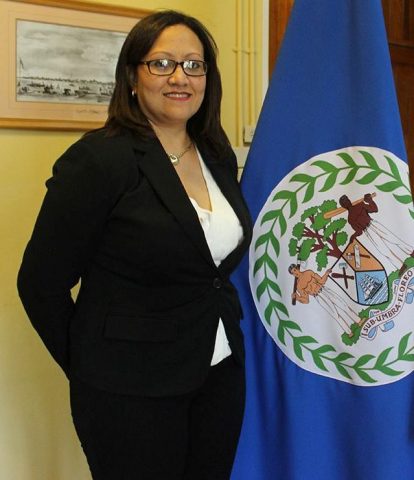 By Aaron Humes: The Government of Belize has declined to appeal last Wednesday’s ruling by Chief Justice Kenneth Benjamin in respect of Section Fifty-three of the Criminal Code. Caleb Orozco 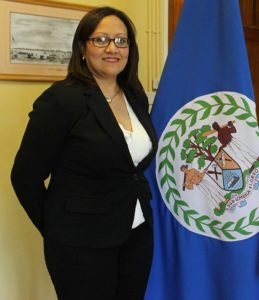 successfully challenged the constitutionality of that piece of legislation.

This afternoon, Attorney General Vanessa Retreage conceded that after obtaining much legal advice, they have found nothing to appeal on.

The decision disappoints the National Evangelical Association of Belize, along with the Roman Catholic Church, who in separate letters written to Prime Minister Dean Barrow, urged government to appeal the decision for several reasons.

According to A.G. Retreage, “The decision to amend Section Fifty-three of the Criminal Code to decriminalize consensual sexual acts between adults in private has generated much controversy; however, the government must accept, as the court has stated, that public opinion cannot be allowed to shift the court from performing its solemn duty to interpret the constitution and would add or the government from its duty to respect the decision of the court. In this regard, it is of utmost importance that the public understands the findings of the Honorable Chief Justice in their barest form without the bias of either opposing view. The government, in considering whether it would appeal, embarked on this sober exercise for itself and found the following to be the findings of the Honorable Chief Justice: one, that consensual sexual acts between adults in private is no longer a crime; and two, that the constitution as it now reads, without any amendment, should be interpreted so as to prevent discrimination against any person as a result of that person’s sexual orientation. Those are the very narrow and limited findings of the Chief Justice. The government has closely considered the option of appealing and has sought legal advice as to the possible merits and benefits of appealing. In this regard, it is noted that there were seven interested organizations which argued the case apart from the claimant and the government with no less than fifteen attorneys representing them. Government is therefore satisfied that the case was properly argued and does not see any aspect of the decision that would benefit from further argument and as such, has taken the decision not to appeal. It is also conscious that the option of appealing is open to one or more of the interested parties and it is not the government’s intent to influence or in any way preclude any legal steps which others may consider that they wish to pursue. The government is however satisfied that it must not appeal simply for the sake of appealing but must ensure that its actions best serves the interests of the Belizean people.”

The Prime Minister added that government’s decision was equally the result of a lively discussion among senior members of Cabinet who advise on policy. While unanimous on the decision not to appeal, they are split on further support for LGBT positions, much as the country is.

The P.M. said Government would embark on a public education campaign to explain to the public both the merits of the judgment and the decision not to appeal, due to what he called widespread misunderstanding, misapprehension and misinformation.

As for the right to appeal, the P.M. cited a settled case involving former Chief Justice and now President of the Court of Appeal Manuel Sosa, who appealed a decision to which he was not a party but which clearly affected him. P.M. Barrow suggested that the churches’ position was stronger due to being listed interested parties in the case – NEAB represents a majority of former members of the Belize Association of Evangelical Churches.

NEAB president Lance Lewis cites the costs of an appeal but says the churches are obligated to try and so they will meet among themselves to consult.

Meanwhile, Orozco invited the churches to “look in their own closet for their moral concerns and remember that their closet is as wide open as mine when they talk about moral grounds.” He applauded the decision as “reacting constructively and responsibly as a government should to the needs of its citizens.”