PUP Leader says if they win 2 municipalities in 2018, they will be ahead 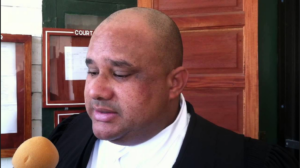 By BBN Staff: The Toledo Alcaldes Association (TAA) today put out a press release following a meeting with the Attorney General, Michael Peyrefitte, Solicitor General, Nigel Hawke and the Minister tasked with the daily operations of the Lands Department, Dr. Carla Barnett.

The meeting held yesterday saw the turnout of the Alcaldes of the 39 Maya Villages in Toledo District.

The focus of the meeting was about the irregularity in the appointment of Alcaldes, traditional Maya village leaders.

The Alcade System, is a local governance mechanism for the Maya people of Belize said the TAA. However, the irregularity in their appointments have caused delays in the issuance of their stipends. According to the release, this has been occurring for the last seven months.

The Attorney General reportedly regretted the incident and the irregularity in the appointment of the Alcades which he said was not a fault of the Alcaldes. According to him, he commits to continue dialogues with the Alcaldes and their deputies to have their governance system, “brought in conformity with the laws of Belize.” This move according to the TAA will regularize the appointment of Alcaldes.

The Attorney General has committed to regularizing the appointments of and conduct orientation for all Alcaldes and their deputies on September 16, 2017 in Punta Gorda Town.