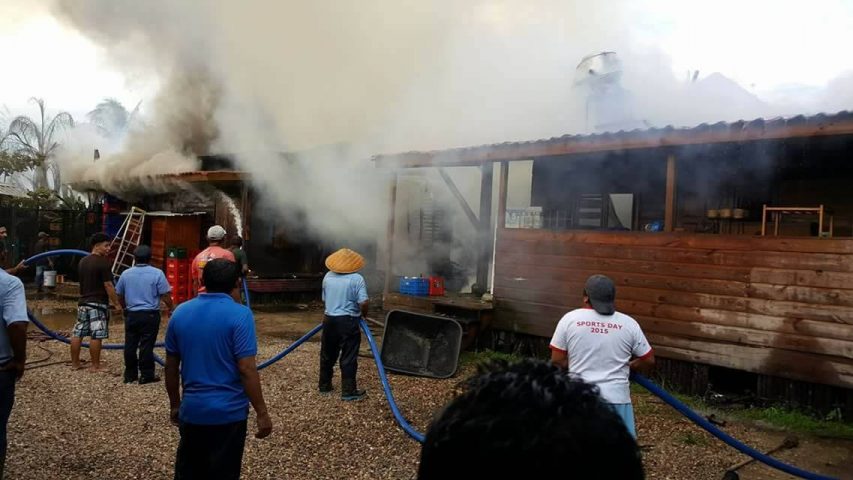 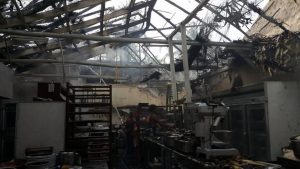 By BBN Staff: Yesterday afternoon around 2:45, police responded to reports of  a fire at Turtle Inn Resort located between miles 22 & 23 along the Placencia main road in Placencia Village.

Placencia Police visited the area where they observed a wooden bungalow building with thatched roof completely engulfed in flames.

The members of the National Fire Service were already present at the scene and with the assistance of employees from the resort and other members of the village, they tried to extinguish the fire.

More volunteers arrived around 3:30 in the afternoon,  and after about two hours, the fire was managed to be kept under control.

Initial investigations revealed that at about 2:30 PM, 5 cooks were inside the kitchen when they smelled smoke.

When they made checks, they saw a small area where the metal chimney exits through the thatched roof was engulfed in flames.

The cooks attempted to extinguish the fire, however, it was unsuccessful and the fire quickly began to spread causing the rest of the thatched roof to be destroyed.

The offices, the kitchen area, and the winery which had a dimension of approximately 20 feet in width and 90 feet in length were destroyed.

The building is insured and the value of damages to the building and its contents are yet to be ascertained.