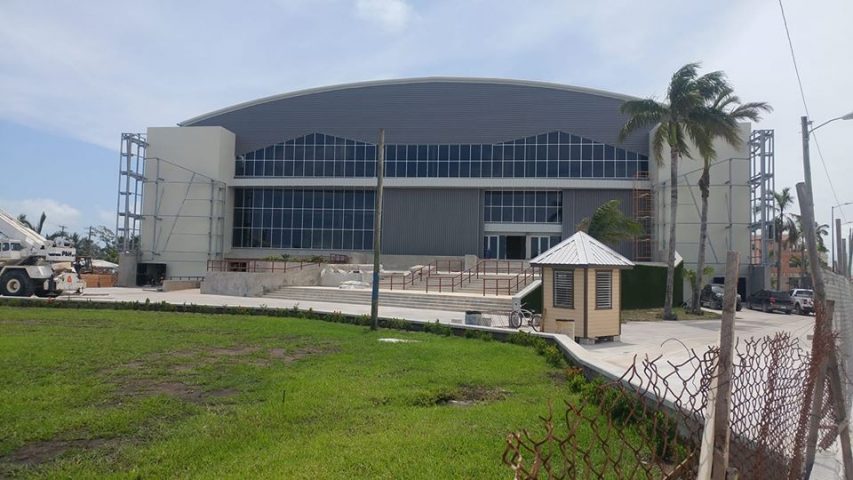 By BBN Staff: The Opposition, People’s United Party (PUP) issued a release yesterday saying that they have confirmed from the Financial Secretary, Joseph Waight, that his office is not aware of any government guarantee to Apex Ltd.

On March 19, 2018, Government signed a contract with APEX International for the management of the newly built Civic Center.

According to the release, at the public signing of the contract, the General Manager of Belize Infrastructure Limited (BIL), Christy Mastry stated that it is a 3 year contract with an option to renew and that the Government of Belize is guaranteeing $850,000 a year to cover the maintenance costs of the facility.

Waight confirmed via email that “with regard to the purported GOB Guarantee to Apex Belize Limited, after due inquiry, I am assured that there is no guarantee agreement between the GOB and Apex Belize Ltd”.

Waight further confirmed that he is not yet in possession of an executed copy of the said agreement that was signed on March 19.

However, in the presence of the Deputy Prime Minister, Patrick Faber and several media houses, Mastry confirmed that government is guaranteeing the $850,000 annually for the term of the contract.

The PUP says that this is of serious concern since BIL is not a revenue earner and is not in any position to affirm government guarantees.

Furthermore, the National Assembly has not given its approval for any guarantee to be given to Apex and no such guarantee has been published in the Gazette as required by law.

Therefore, if Faber and Mastry has signed a contract with APEX that gives APEX a government guarantee then this is illegal and in violation of the Finance and Audit Reform Act, the PUP say.

According to the PUP, the government continues to violate the Finance and Audit Reform Act, evident with the handling of the many millions of dollars to meet BIL’s expenditures from the consolidated revenue.

The PUP says that it is also concerned that the principal officer of APEX, Chad Eckert has been exposed with his pending litigation with another Belizean business.

BIL in its public signing of the management contract stated that with the approval of the Ministry of Finance and BIL’s Board of Directors, they secured the services of IMG Rebel as part of their International Procurement Team to do the due diligence in evaluating and selecting the management company.

” It is interesting that due diligence would not have flagged the litigation that Chad Eckerd is involved in,” the PUP says.

The PUP calls on the Government of Belize and BIL’s Board of Directors to provide the copy of the management contract on the public/private partnership between Government and APEX and to also provide a copy of the due diligence report.

“The PUP reminds the public that BIL meets its expenses from taxpayers’ monies and that the decisions BIL makes on behalf of the people of Belize have serious repercussions if those decisions are not made responsibly. If APEX was given an illegal government guarantee, government may once again find itself in litigation with this company,” the release explains.

The PUP further calls on the Belize Chamber of Commerce and the Unions who have all sounded the alarm on lack of transparency, accountability and corruption in government to join in the call for full disclosure of these documents involving the most expensive public facility in Belize whose expenditures to date have not been audited.