Sedi on detention of Belizean fisherman in Guatemala: “I have never heard of it” 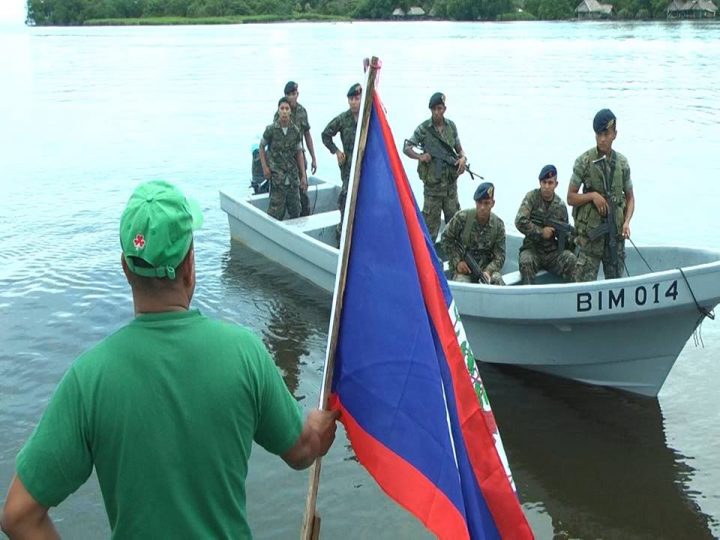 By BBN Staff:  Yesterday, April 30, marked the anniversary of the 1859 Boundary treaty between Great Britain and Guatemala which defines the border of the former British settlement colony (Belize).

To commemorate the historic day, the Belize Territorial Volunteers (BTV) embarked on a trip to the Sarstoon River.

Wil Maheia of the BTV was joined by Pastor Derek Aikman and Belizean singer Cocono Bwai.

While the group prayed, the Guatemalan Armed Forces (GAF) drove up in front of them on the Sarstoon River and a few minutes later, the Belize Defense Force joined the group.

In a statement yesterday, Maheia said: “for the very first time the BDF escorted us around the entire island while being followed by the GAF – in the end, they seem to have some friendly exchanges but not sure.”

Cocono Bwai then sang his famous song, ‘Border to Border’.

Maheia and the group are firm in their position of voting ‘No to the ICJ’.

Yesterday, the government of Belize also announced the official date for Belize’s National referendum in which Belizeans will decide yes or no to take Guatemala’s long-standing claim to Belize’s continental, insular and maritime territory to the ICJ.

The ruling by the ICJ will be definite and cannot be appealed.