Big changes in the hierarchy of the Belize Police Department 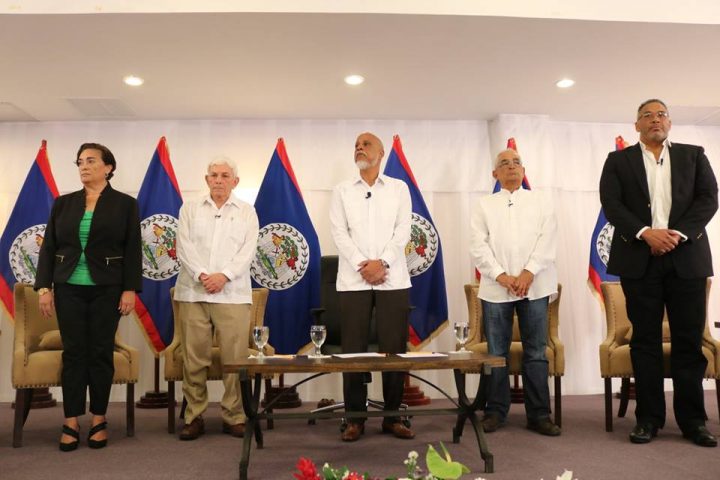 According to the BTV, Belize was invaded militarily by Guatemala on May 15th, 2015 and parts of Belize remains occupied.

“This invasion, by the Guatemalan Armed Forces, occurred on the 15th May 2015 in the Sarstoon River and Guatemala’s Armed Forces remain in Belize’s sovereign territory. May 15 this year will make Four Years since this most unacceptable situation came into existence,” the BTV said.

The BTV says that in all the 159 years of Guatemala and British dispute over Belize, Guatemala never invaded or occupied our country and that Guatemala carried out this blatant act of aggression in open view of the Belize Government.

The group says that none of the 5 former Foreign Ministers signed any declaration demanding Guatemala’s immediate withdrawal out of Belize’s territory.

The BTV also questioned the motives of the ministers taking it upon themselves to tell Belizeans how to vote in the upcoming referendum.

The BTV says that it cannot overlook that seven years after Guatemala signed the Special Agreement agreeing to seek a peaceful settlement of its dispute at the ICJ, it turned and invaded southern Belize by military force.