Single parent father fined for 1 bullet found at his home 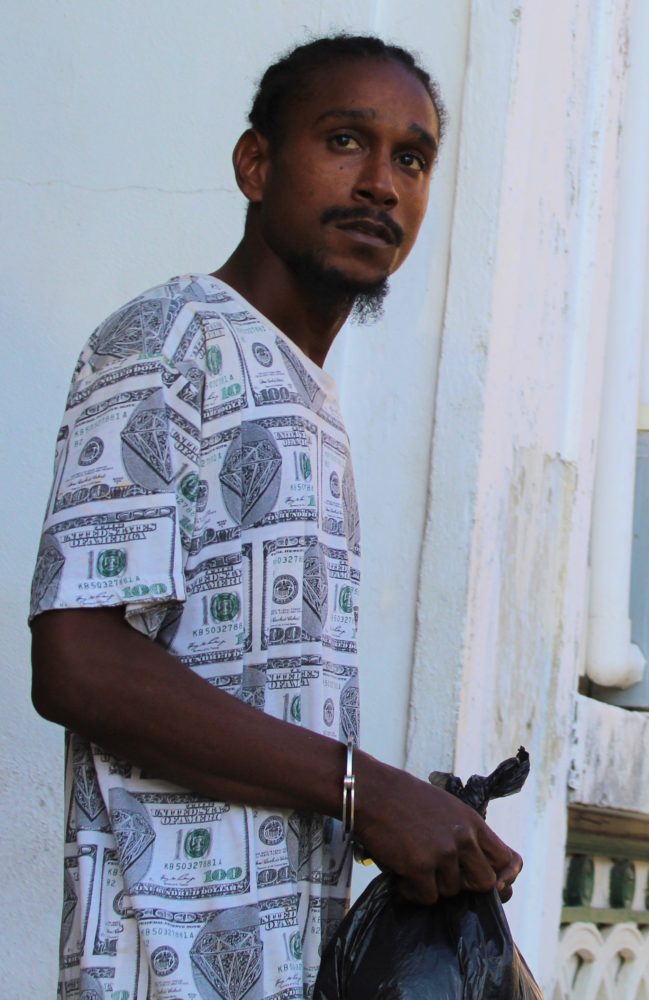 By Aaron Humes:Thirty-one year old Kyle Murrillo is accused of abducting and assaulting his former partner in broad daylight and has been ordered to stay away from her.

The maintenance worker from Louise Bevans Street was arraigned by Magistrate Chrstine Perrera on charges of unlawful imprisonment and harm of 20 year old Cecelee Bodden.

Bodden said she was at home with her sister and heard a knock on the door. When they answered she saw it was Murrillo, who immediately ordered her to go with him.

When she refused, he grabbed her hand, dragged her through the door and forced her into the back seat of a parked SUV which she recognized as belonging to his brother. Kyle’s son was also inside.

Bodden fought all the way, but she said Murrillo pinned her down and warned the driver not to approach any police checkpoints for fear she would try to alert police. He also choked her around the neck when she tried to open the vehicle door to get out.

The driver took them to an area at the corner of Jane Usher and Central American Boulevards where she was thrown onto a bench and further assaulted with punches to the face. Only after she begged him to stop did he leave and police arrive to get her treated in hospital.

Murrillo appeared to admit to the beating, but claimed his story would conflict with the charge of unlawful imprisonment and so the court entered a not guilty plea on his behalf.

While Murrillo is offered bail of $4,000 he has been remanded until he can meet it.

While out on bail Murrillo is warned expressly to stay away from and not approach the complainant or any of her family members. He returns to court on May 10.