$2,000 reward being offered for information regarding murder of Gary Swank and Mario Graniel 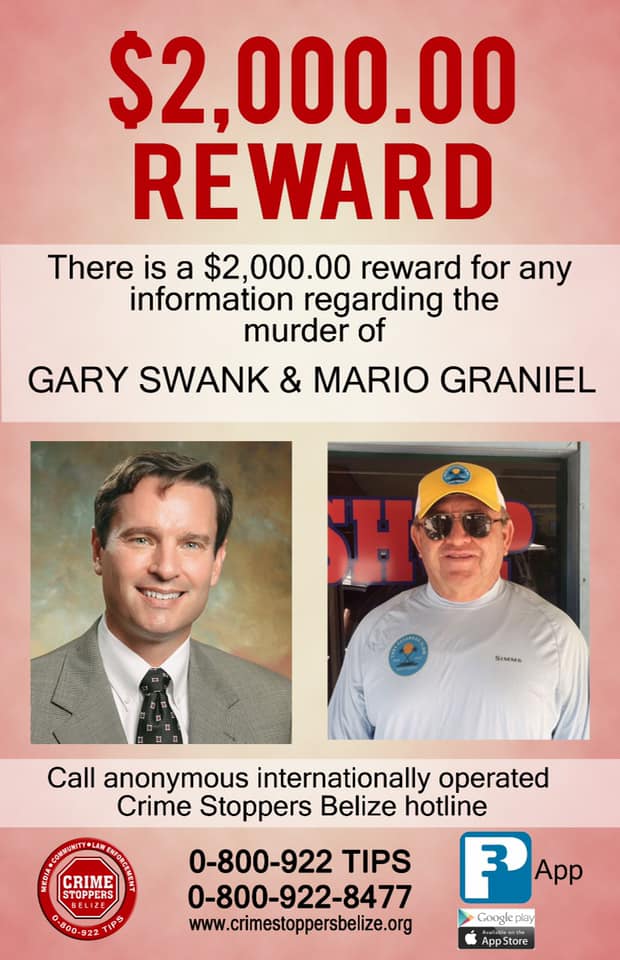 By BBN Staff: Crime Stoppers Belize is offering a $2,000 reward to anyone with information regarding the murder of American doctor, Gary Swank, and Belizean tour guide, Mario Graniel.

Police believe that Swank may have been murdered because he was a witness to the murder of Graniel.

The duo went fishing at sea on Sunday, June 23 and police were later called out to the location where they found their bodies.

Both men had multiple gunshot wounds.

Police Commissioner Chester Williams, said that Graniel had an altercation with someone on the island who is a “notorious gang figure” days before he was killed.