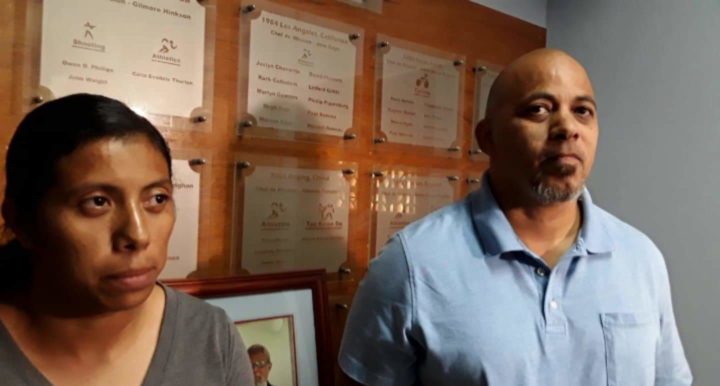 The Pan Ams are the largest continental sporting contest and third largest multi-sport event in the world after the Olympic and Commonwealth games.

Francisca Cruz has been selected as the flag bearer for Belize at the Opening Ceremony on Friday, July 26. Francisca is the most decorated female paddler in the 22 year history of La Ruta Maya Belize River Challenge, with 11 titles in 13 years of competitive paddling, according to the Olympic association.

Cruz, who will be competing in class 1 and class 2 – 500 metre sprint, is heading out for the first time, but says she has been told not to be nervous and do her best.

In an interview on Friday at the Olympic office in Belize City, we were informed that they are getting used to the regular kayaks used in the event; according to Penner, they qualified using a wider Paralympic style kayak.

Meanwhile Santos trained for the past three weeks in high altitude in Chile at a special camp organized by the Pan American Sports Organization (PASO), organizers of the Games. A medal, he said, would be a bonus; he wants to concentrate on bettering his personal bests.

Triathlon is a triple discipline of swimming, biking and running in that order. Belize in past years organized the Lionman Triathlon every September in Belize City.

Triathlete Santos will return on July 31, the canoe delegation on August 3rd while bodybuilding and athletics return on August 12.

A medal for these athletes would to the two bronzes won by women’s softball in 1979 and 1983.

We wish Team Belize a safe journey and all the best.