Neighbors allegedly steal $70,000 worth of jewelry from retired US marine 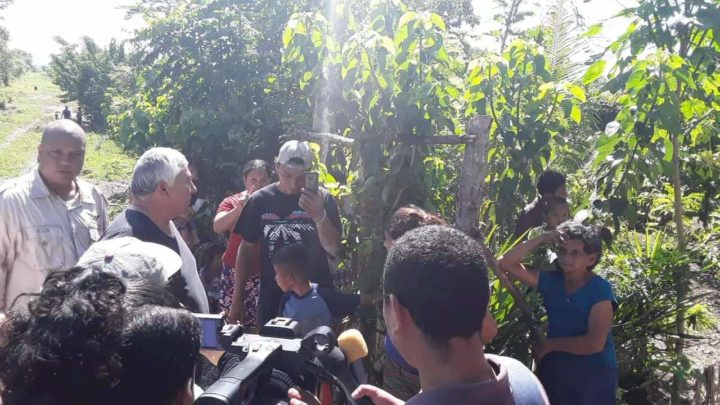 By Aaron Humes: Landowner Jorge Emiliano Espat of Belize City is clearly in a pickle after being unable today to convince alleged squatters to respect his ownership of their property – because they say they have “title” to it too.

Reporters this afternoon trekked for 45 minutes through marshy, inhospitable rainforest to find a polite, but intransigent community known as Barrio de Juda.

Its existence has been a thorn in the side of the Barrow administration, as Prime Minister Dean Barrow has said that it springs up as soon as Belizean authorities stamp it down.

And part of the reason for that according to its humble residents is that it is actually part of nearby Melchor de Mencos, Peten – though Espat cites maps showing it falls within the 1-kilometer Organization of American States (OAS)-enforced Adjacency Zone.

Those we spoke to say their land titles were granted as much as 8 to 10 years ago by Guatemalan authorities. But Espat says the only titles that matter are his own.

And so it was a stalemate, with the residents arguing politely but expressively with reporters and Espat.

They directed us to the relevant authorities across the border to see their documents.

Espat appeals again to the Government, despite charges he has been “impatient.” He says it is a matter of urgent and personal loss for him and loss of face for the country and warns other land holders in the area are also under threat.

Activists Geovannie Brackett and Nancy Marin of the Belize People’s Front agree, calling on all to speak up.