Will the George Price Highway from Belmopan to San Ignacio be safer after rehabilitation?

Are you ready to dance with Tandoors Restaurant and Bar this Saturday, Nov 30th 2019? 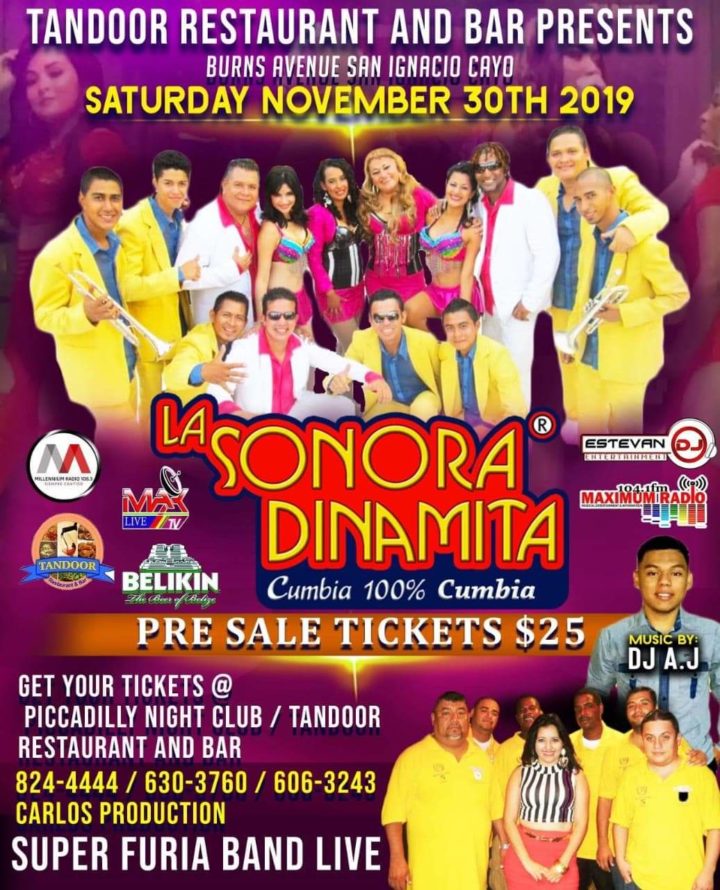 By BBN Staff:  This is one event you don’t want to miss. There will be live performances of our favorite hip-shaking music from La Sonora Dinamita and Super Furia Band.

Hailing from Columbia, La Sonora Dinamita is credited with being one of the first cumbia bands to reach international success and a major influence in popularizing cumbia throughout Latin America and the world.

The original orchestra was formed under the direction of bandleader Lucho Argaín in 1960 but disbanded later in 1963. With the efforts of Julio Ernesto Estrada “Fruko” Rincón, it was reformed in 1975 and released its first successful recordings in 1981.

We all know and love Super Furia Band but did you know how they were established? Owner and keyboardist, Francisco Alcoser Sr wanted to create a band of his own so he started Super Furia Band with his family and friends. Their first performance and debut was at the Guinea Grass Valentine’s Fair in 1985.

Thirty-four years later, now with 8 members and a collection of popular songs such as “Long Live Belize” and “Belize Da Fi We”, Super Furia Band is renowned for their high energy and lively music- which is why we can always find them performing at major events with a crowd of fans dancing to their favorite songs.