PM Barrow says absent Gaspar Vega still paid for not showing up to House, “impossible” to remove him 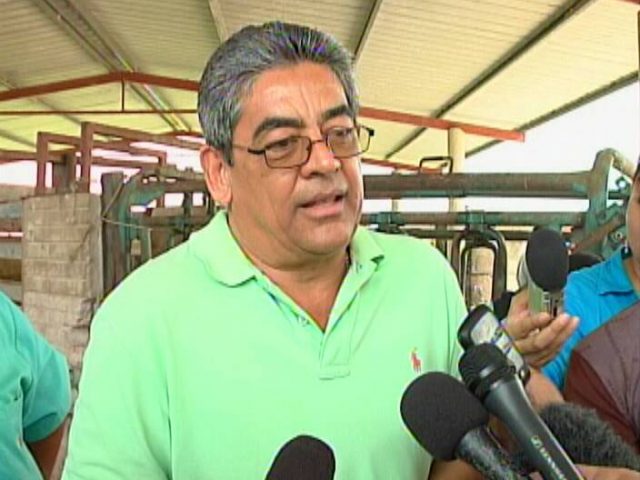 By Aaron Humes: Representative for Orange Walk North, Gaspar Vega, will end 2019 having missed all meetings of the House of Representatives for the second consecutive year.

Vega, the former Deputy Prime Minister and Minister for Natural Resources and Agriculture, missed seven consecutive meetings between October 2016 and June 30, 2017. He has not attended the House since then.

While he is yet to announce his intentions concerning his seat, Vega has been out publicly supporting Belmopan colleague and aspirant for United Democratic Party leadership John Saldivar.

But after Friday’s meeting of the House, the current leader and Prime Minister, Dean Barrow, appeared to blame the Standing Orders of the House of Representatives as the reason why Vega can continues absenting himself and escaping punishment, again and again, noting that he continues to receive salary and other incentives.

He said, “Indeed it is a fact that Honourable Vega has been absent for a while, but the rules of the House permit this to happen. It is not desirable but it is not improper. So I will leave it at that…If there is a violation of the House’s rules he would lose his membership, but that point has not been reached, so he is entitled to get paid and yes, he is still getting paid.”

Referring to Section 84 of the House Standing Orders, Barrow added, “Indeed, practically speaking, it is almost impossible for it to happen, so I would agree that the Standing Orders in that respect ought to be revised.”

The section says, “If…any Member is absent from the House for more than six consecutive sittings occurring during the same Session, and within a period of not longer than three calendar months, such Member shall vacate his seat in the House under section 59(2) (a) of the Belize Constitution.”

But we are told this is variously interpreted, and according to Opposition Leader John Briceño, speaking in 2017, “…with this government, I don’t think we have six House meetings a year, because they don’t like to come to the House.” (The current House met for 2019 on seven occasions, at least four of which were special sittings as opposed to regular sittings.)

The matter had been raised by Cayo South area representative Julius Espat at the December 4 meeting, where he stated in part: “Maybe I have not read the Standing Order properly, maybe none of us understand the Standing Orders properly, but maybe you can enlighten us Madam Speaker as to why this gentleman is still collecting his salary when he is disrespecting you, he is disrespecting all of us in this House and he disrespecting the people of Belize being an elected representative. … Madam Speaker, I can guarantee you that if any one of us on this side misses the amount of time that that gentleman has missed coming to this House, we will definitely be not paid and there would definitely be repercussions, Madam Speaker.”