“Light bill going up, just not yet,” says BEL 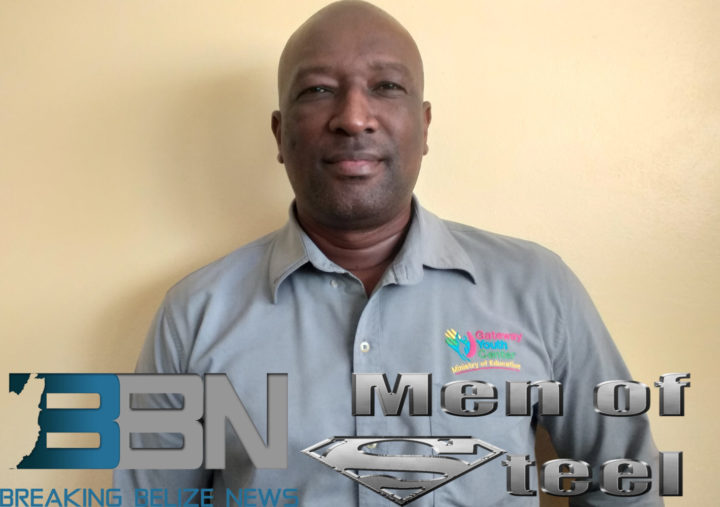 By BBN Staff: Last year’s celebration of International Men’s Day brought with it the revelation that many Belizeans did not know such a day existed, but also highlighted a greater issue: that celebrating men was not necessarily high on the list of priorities of the government, social groups, or society at large.

In the face of all those negatives, there are men, Belizean men, doing remarkable things every day for themselves, their field, and their communities. To honor these men, Breaking Belize News (BBN) proudly launches its “BBN Men of Steel” column, which highlights men displaying excellence in their respective fields. The column does not seek to present flawless, blameless men, or those purporting to be
such, but rather real men striving to make a difference in their own way.

Whether it be trouble with the law, finances, interpersonal problems, the men featured in this column have had their share of life’s challenges and have shared their stories and how they used their experiences to effect positive change within themselves and the lives of the people they interact with.

The first BBN Man of Steel hails from Belize City and has dedicated almost 25 years to serving Belize’s youth through education, Mr. Jermaine Crawford, Coordinator at the Gateway Youth Center. Crawford, who comes from a family of teachers, said his journey in education began after he missed the entrance examination at the University Of Belize because he stayed out late the night before playing basketball.

He took up a teaching position at Central Christian Primary School in the Valley of Peace area of Cayo, where he commuted every day taking the bus to Belmopan and then using a bicycle that he left at a friend’s house to ride the 11-mile journey to his school. While he was a business student for the entirety of his academic career, he noted that an experience while teaching his first year played a major role in his decision to continue in education.

“I haven’t shared this with many and I won’t get into detail, but one of my students committed suicide. A 10-year-old child,” Crawford said. “One of the reasons why I stayed was thinking of the child and thinking how many more kids were feeling that way and what could I do to be of help. How do we help these kids? How could I have created a different environment that would have kept him from doing what he did?”

Crawford taught at the school from 1996-2008 when he took up the mantle as principal. He remained principal until 2015 when he moved on to the Gateway Youth Center, which caters to out of school, at-risk youth, preparing them to reenter into a formal educational institution. He noted that there are numerous reasons youths end up at the center, including poverty, behavioral problems, and even some who migrated to Belize and could not get into an institution because of the time of year they arrived.

Crawford also holds community sporting events such as the upcoming Father-Son Football tournament, and baseball games, to give youths a positive outlet. He also uses the events as a call to action for men to be mentors for boys. BBN salutes Mr. Crawford’s efforts and encourages our readers to highlight their choices for Men of Steel in the field of education.