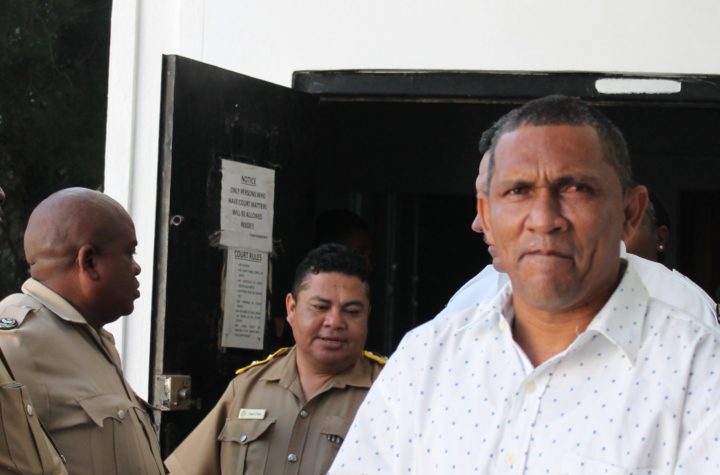 By Aaron Humes: Noewellyn Williams, 44, charged with murder and who later pleaded guilty to manslaughter, was sentenced to 18 years by Justice Colin Williams. Another four years was added for the aggravating circumstances outweighing the mitigating factors.

But because Williams pleaded guilty at the first opportunity, Justice Williams deducted 6 years, a third of the sentence, which left a balance of 12 years. After adding the penalty for aggravating circumstances, Justice Williams also subtracted 16 months of remand time, leaving 14 years and 8 months.

On January 23, Noewellyn Williams pleaded guilty to manslaughter for the death of his ex-common-law wife, the mother of his 3 children, Roxanne Pop, 33. The incident occurred about 6:45 p.m. on August 9, 2018, at Boulevard Plaza, located on Central American Boulevard. Williams and Pop agreed to meet at Boulevard Plaza. While they were there Williams pleaded to Pop to take him back, but she refused. Williams began to cry and he said to her, “so yuh noh wah get back with me, then yuh noh wah deh with nobody”. Williams then took out a knife and he stabbed Pop several times in her abdomen. Three of the wounds were fatal. Williams ran from the scene. He was pursued by a police officer who was nearby, but he managed to escape. Williams took off his shirt and threw it under a vehicle. He threw the knife in the sea. About 9 p.m. the same day, police apprehended him in Sandhill Village.

Williams gave a caution statement to the police in which he admitted that he killed Pop. Before he decided on the sentence, Justice Williams, in relation to the aggravating factors, heard testimonies from Saturino Pop Sr., the father of the deceased,  and Vashty Pop, the deceased’s sister. Saturino testified that while Williams and her daughter lived together in Punta Gorda, there were many instances of physical abuse from Williams against Pop. Vashty’s testimony corroborated the testimony of Saturino. The mitigating factors were that Williams had no previous conviction, that he had pleaded guilty, that he had given the police a statement admitting his guilt and that he had expressed his remorse in a letter that was read in court by his attorney, Stevanni Duncan. The Crown was represented by Crown Counsel Riis Cattouse.