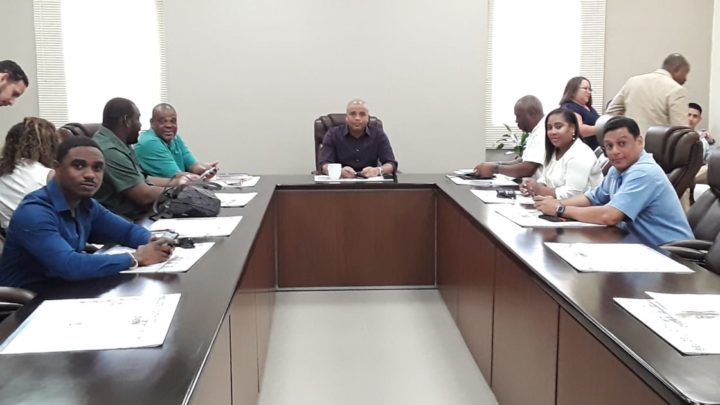 By Aaron Humes: The administration of Mayor Bernard Wagner is confronting having to restructure both its own Municipal Bond introduced just over a month ago, and what remains of the first municipal bond introduced by predecessor Darrell Bradley.

Bradley’s paper was considered well-secured by use of the $125,000 per month subvention from Central Government and cruise ship head tax of about $300,000 per month. More than half of it has been repaid.

But the world has turned upside down: there are no cruise ships coming in anytime soon (no head tax has gone to the sinking fund since March), and the subvention is now going back to City Hall.

Wagner says Central Government has redirected the subvention for April and intends to do so for May and June.

Wagner spoke about potential benefits: “… they are supposed to have interest rate in the neighbourhood of seven point five percent. Our municipal interest rate is at three point four-five percent average. So it will require negotiation with bondholders, restructuring and putting it under our municipal paper. But what that will do for the council is immediately free up those future head tax and free up the subventions so that those funds start to come into the council. And our municipal paper is structured so that we just pay interest and spin it every year.”

His plan is to sell bondholders who have invested in both bonds: “When we look at the interest obligation for our existing municipal paper bond and the existing bond putting it together we could easily be able to meet those interest payments on an annual basis and it will free up the subvention to us, it will free up the head tax. So those are some of the areas we are looking and we will be going at it very aggressively with those bond holders when we get through this obviously.”

Both bonds were and are planned to be used for street infrastructure.