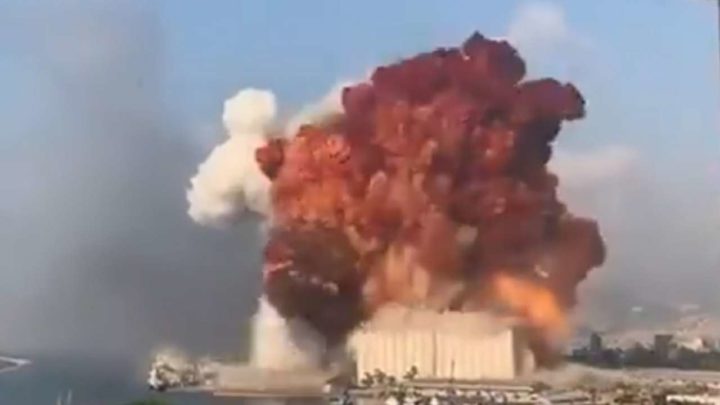 By BBN Staff: On Wednesday, an explosion in Beirut claimed the lives of 135 people and injured about 5,000 more.

Lebanese authorities have declared a 2-week state of emergency and ordered an investigation into the ammonium nitrate stored at the port where the blast originated.

Reports indicate that the 2,750 metric tons of ammonium nitrate unexpectedly arrived in Lebanon’s capital in 2013 on a cargo ship that was supposed to be heading to Mozambique.

The cargo ship reportedly made an unscheduled stop — and was abandoned after the Russian businessman who owned the cargo went bankrupt.

The cargo reportedly belongs to a businessman who lives in Cyprus. He has not commented about his alleged ties to the blast.

Several reports say that the cargo ship was a “floating bomb”.

In 2014, Lebanese officials seized the ship after it was abandoned and kept it in a warehouse at the port that exploded.

Just six months ago, an inspector warned that the seized material could blow up all of Beirut.