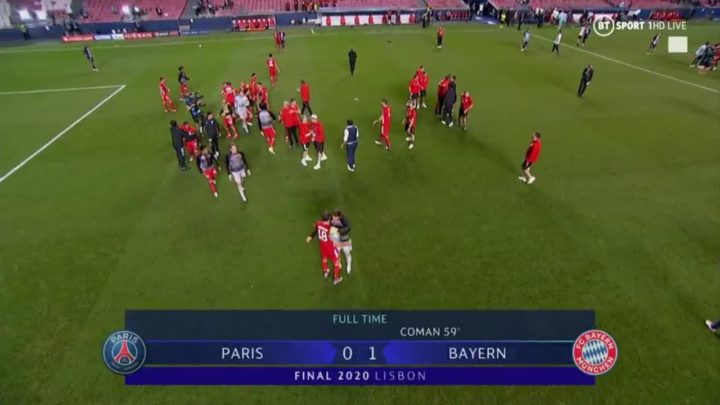 The usually free-scoring German side let opponents Paris Saint Germain (PSG) of France dictate the pace early, but lead forwards Neymar and Kylian Mbappe were not at their best.

The French side were looking to complete a surprise run through the competition but were undone by good linkup play and never recovered.

The Champions League went to single-game knockouts in a neutral site after its season was halted by the COVID-19 pandemic and there were a few shocks, including Bayern’s demolition of Barcelona FC and Manchester City being dumped out by Lyon of France, who went on to lose to Munich.

But few can deny that both finalists deserved their place in the grand showpiece, or that on balance Hansi Flick’s Bayern side were however marginally better on the night.

The competition resumes in October.