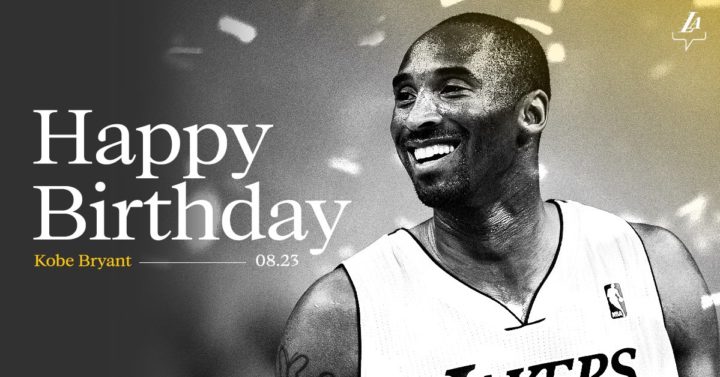 By Aaron Humes: As his Los Angeles Lakers fight for their 17th NBA championship, family and friends in and out of the sports world are remembering the late Kobe Bryant, who would have turned 42 today, August 23. The Los Angeles Lakers, Kobe’s hallmark team tweeted this morning “We miss you every day, Kobe. Happy birthday from your Lakers family”.

The five-time NBA champion and soon to be member of the Basketball Hall of Fame died with his daughter Gianna and six others in a helicopter crash in January, devastating all who knew him.

Not the least of these is his widow and mother of three other daughters Vanessa, who according to People Magazine posted a lengthy Instagram tribute in which she admitted that she wishes, selfishly, she had gone first so as not to feel her current heartache.

She also paid tribute to their remaining daughters whom she says have been far stronger and more resilient than she.

Second eldest Natalia and other acquaintances have also posted tributes and the Mamba Sports Foundation has been renamed in both Kobe and Gianna’s honour.

Tomorrow, Monday, is unofficially Kobe Bryant Day after his Jersey numbers, 8 and 24.

The Lakers defeated the Portland Trail Blazers on Saturday night for a 2-1 series lead and will play Game 4 on Monday. The Lakers hope to add another championship banner to their collection at the end of the season as the ultimate tribute to the Laker legend.