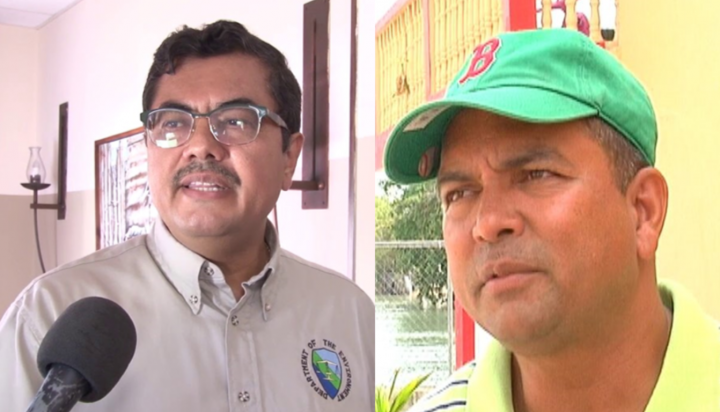 By BBN Staff: The Belize Progressive Party (BPP) is calling for the immediate removal of Chief Environmental Officer Martin Alegria from the Department of the Environment, citing several reasons why the party believes Alegia is unfit to hold the post.

The BPP’s Will Maheia wrote a letter to Dr. Omar Figueroa, Minister of Agriculture, Fisheries, Forestry, the Environment, and Sustainable Development, calling for Alegria’s removal in light of several ongoing environmental issues such as the deplorable water quality in the New River; solid and liquid waste management issues stemming from large scale agricultural operations; and mangrove damage, due to rapid, uncontrolled development for commercial and residential purposes.

“Mr. Allegria’s effectiveness in his role to protect our beautiful natural resources including our water, land, and air are as stagnant as the water in the New River. The multiple environmental crises to our ecosystems have far exceeded an acceptable level by any standard of evaluation during Mr. Allegria’s term in office,” the BPP said.
“The ecological hazards contaminating our rivers to their current extremely poor quality, have steadily increased over the past 10 years with no hope for a valid solution with Mr. Allegria in the office.

The party noted that the New River water quality has been an issue for over a year and while Alegria said that seven new measures were being implemented to address the issue, the party feels that the persistence of the problem means that the measures were not implemented effectively.

“The New River has become so contaminated that scientists have now warned that the water is not even safe for dogs. However, no fines have been levied against those entities known to be contributing effluent into the river, as well as air emissions that are adding to the excessive fine particulate matter levels in Belize,” the BPP added, stressing that the responsibility to address that issue falls on Alegria.

The BPP also demanded that a sustainable balance between development and conservation is identified, adopted, and implemented.