One dead; one in critical condition after excessive alcohol drinking 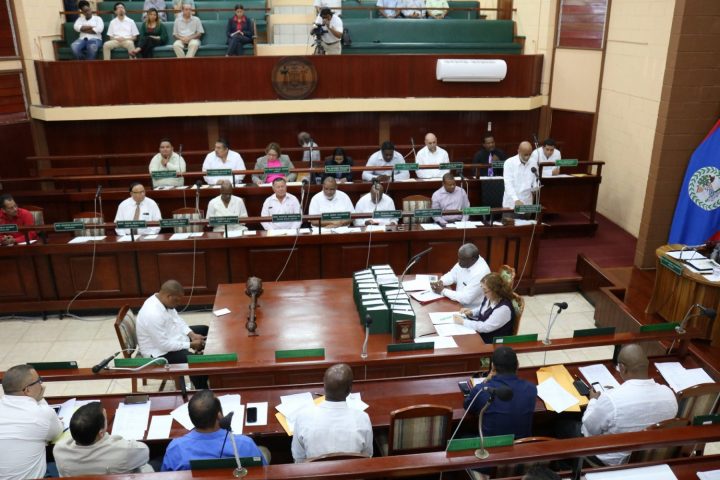 By Aaron Humes: Area representative for Caribbean Shores, Kareem Musa, found a way to tie in the recent discussion about the exclusive lottery contract which was given to Brads Gaming Company Limited, and allegations concerning that contract, with the greater sin of nepotism in public governance.

On the direct charge of Prime Minister Dean Barrow’s son Anwar having shares in the Saint Lucian company Good Lee Limited, which in turn has a majority shareholding in Brads, Musa was told by Speaker of the House Laura Longsworth on Friday, supported by the Prime Minister, that the Standing Orders of the House makes no differentiation on matters debated: a discussion on the adjournment is the same as one involving a Bill.

In the case of the Brads contract, it was discussed by Lake Independence’s Cordel Hyde after first being tabled before the House, and more recently – in fact, last week – by Cayo South’s Julius Espat.

Musa instead turned the discussion to nepotism, tying in the Brads contract in his presentation. He cited the granting of contracts for legal services in the millions to intimates of the Prime Minister – ex-wife and Ambassador to the United Nations, Lois Young; brother and Justice of the Caribbean Court of Justice (CCJ), Denys Barrow; and others, none of which were put out to tender, and involving what Musa called “minor points of law” as in the case of Belize Telemedia Limited and its nationalization.

Thus, Musa said, “… his son is affiliated with that company that was awarded that contract and he should have known as the Minister of Finance. The point, Madam Speaker, is that first, it was legal fees, tens of millions, and now its hundreds of millions of dollars in a contract for boledo, this is totally unacceptable.”

And he added that henceforth, nepotism should be considered as corruption because it has cost the country so much.

That obliged the Prime Minister to get up to define the word in a “common sense” and legal fashion, clarifying that “what is commonly referred to as nepotism is not ipso facto – since you’re a lawyer or getting there – corruption; that what is corruption is if somebody in a position of authority gives some appointment to a family member when that family member is not qualified for the appointment.” That also applies to contracts given for the purpose of advantage to the family member. He cited a Court of Appeal case in favor of Denys Barrow which concerned his appointment to argue for the Government while he, Dean Barrow, was Attorney General.

Closer to home, the appointment of Yasser Musa to the presidency of the National Institute of Culture and History (NICH) under the term of Said Musa was not nepotism to him, Barrow said because Musa had demonstrated the skills of an artist and dedication to the promotion of arts and culture necessitated by his post.