Commissioner of Police warns motorists to be watchful for escaped prisoners 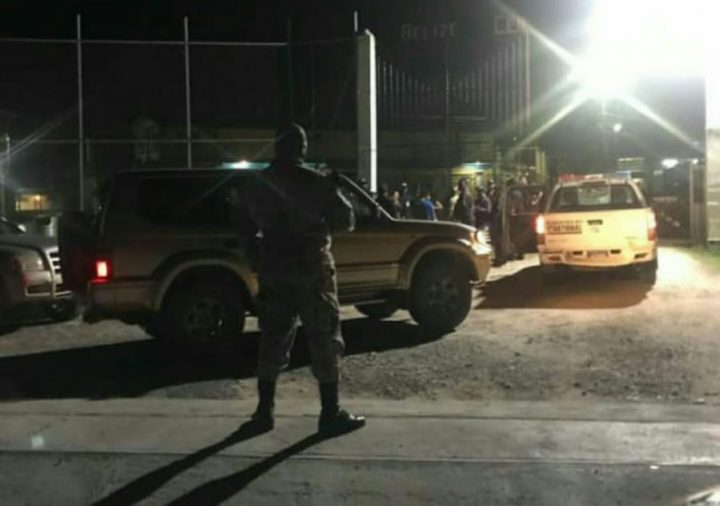 By Aaron Humes: CEO of the Belize Central Prison, Virgilio Murillo, has outlined early theories as to what caused the mass break of 28 prisoners from the “Hattieville Ramada” just before 6 p.m. Monday, the largest in Belizean history, according to our colleagues at KREM News.

It was a combination of prisoner cunning and, he hopes, guard complacency that may have led to the break, rather than outright collusion.

Among the questions to be answered is how regular patrols missed three of their colleagues being held hostage from 1 p.m. to just before six when the prisoners broke out under darkness, as they should have picked up that something was going on in at least half an hour to an hour at most.

One Elser Oseguera, imprisoned for theft and robbery, is believed to have lured one guard to the administrative segregation (ADSEG/solitary confinement) section under the pretence of lending assistance. He was considered a “trustee” – someone assigned specific duties in assisting with the smooth running of the facility, but he was also a repeat offender.

The guard came alone, a breach of prison protocol, and got knocked out by Oseguera for his troubles and relieved of his pocket knife and keys. Oseguera released Carlos Montejo, another prisoner who in turn let out others including Joel Sierra, imprisoned for robbery and firearm-related offenses.

Sierra led the group to the main prison tower, where he stole a high calibre rifle with sixty live rounds of ammunition from a third prison guard and released other prisoners.

The prisoners relieved the guards of their uniforms; bound and gagged them, then locked them up in a cell until they were retrieved to facilitate the prisoners’ escape; it was not clear what else took place in that time. The CEO says duty guards in the evening did not open fire as they realized the other guards were being held at gunpoint.

Murillo says he hopes it is a case where the guards got complacent with the procedures and processes in place rather than having provided the inmates with inside help to execute their well thought out plan. That aspect of the prison break is now being investigated by the Belize Police Department’s Criminal Investigation Branch.

One prisoner, Mark Pelayo, has been recaptured and police, BDF and other units are actively searching for the remainder. An update is expected shortly.