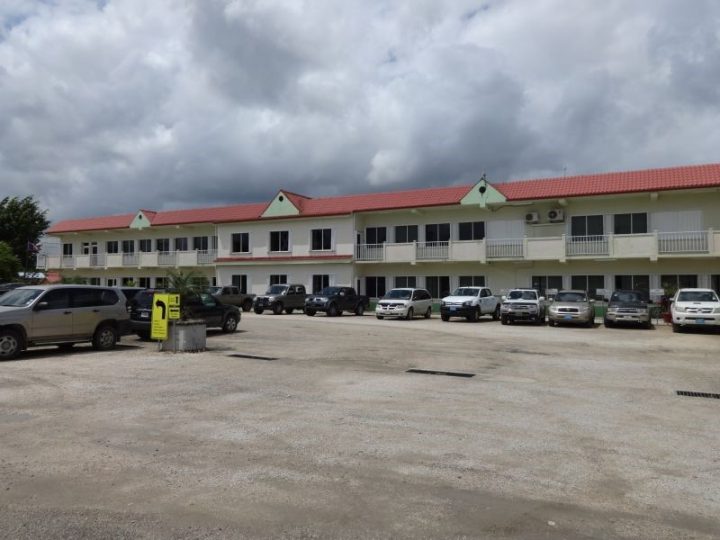 By Aaron Humes: “Huge, valuable tracts of land were sold for a paltry sum,” began Deputy Prime Minister and Minister of Natural Resources, Petroleum, and Mining Cordel Hyde, in revealing the inner workings of the Lands Department and what he and his staff have uncovered in their first two months in office.

But he said that those halcyon days for land speculators and the accused of claiming the country’s birthright for themselves are now over: it is the people’s turn now.

Hyde explained that the former Minister, Gaspar Vega, other senior persons involved with the Government, and certain “compliant public officers” schemed to buy up tracts and re-sell them, sometimes involving the use of dupes and their Social Security identification.

He outlined one example, the selling and re-selling of land in the Mountain Pine Ridge bought for $15,000 each in January of 2013 and sold for far bigger sums to Belize Roadway Construction Limited, the company contracted to resurface portions of the George Price Highway – and it never saw the House of Representatives. At least two of the persons involved are Guatemalans by nationality.

Another is Florencio Talbert, a Ministry of Works employee who was working in Santa Elena Town and, unbeknownst to him, the owner of acres of land in the Mountain Pine Ridge – through a connection with ex-Works CEO Errol Gentle.

It turns out, Hyde said, that Talbert was approached to give over power of attorney on the land, only to find out that the land was allegedly transferred to Gentle and the sons of ex-Works Minister Rene Montero, Sr. A scheme of similar nature to the Vega family/Carmelita Village was also uncovered in the Young Gal McCray section of the Yalbac area for hundreds of acres involving the Monteros – “they couldn’t get enough of Young Gal,” Hyde quipped.

Nor, he added, could they get enough of “land hogging” in prime areas of the country. While he will leave the legality of the transactions to the departments responsible, the morality of the accused’s choices, and what they mean for Belizeans seeking land, is clear.

Hyde also described a former Government Senator buying 26 acres of land intended for redistribution to citizens for $26,000; it had been bought for $6 million.

That person has not completed his payments and so can get his money back, Hyde said, but not the land.

Hyde concluded that his job is to make the Department, once and still “a hotbed of corruption,” the “home of the needy and not the greedy.” Any land, anywhere, and elimination of the middlemen, he promised to applause: the Ministry will target first-time landowners and especially those in the frontlines, even if it is necessary to buy back some of these properties – but no one will have their lands taken away. By the same token, he asked, those to get land now should not sell it.

The Minister said he would be visiting the district towns, starting next week in Dangriga, to check out their concerns.