Belize’s National Football Team held up at gunpoint in Haiti 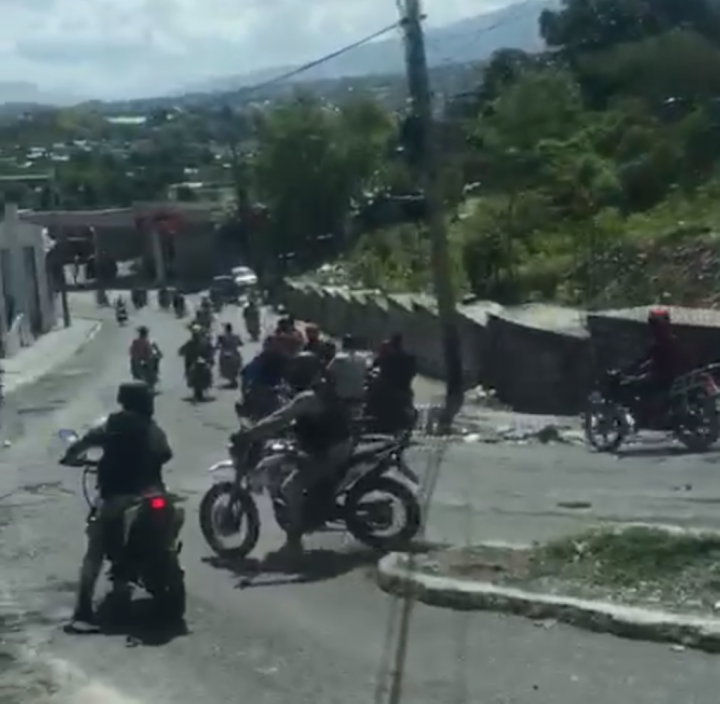 Earlier today the Football Federation of Belize said the BMNT had encountered a “small incident” in Haiti on the way from the airport to the hotel. The FFB said that the team is now safe at their hotel.

A video reportedly recorded by one of the team members shows a big number of motorcyclists moving down-hill away from the team bus on a garbage-laden and broken road. A player can be heard saying in a shocked tone: “We just get held at gunpoint.

Another is heard saying “Deh hold up the police.” He must have been referring to the police escorting the team bus.

“Boys safely at the hotel,’ FFB’s Marlon Kuylen said this morning. “Haiti in political turmoil and there was a small incident whilst en route from the airport so we are gathering footage, photos and manager’s report for a formal complaint to FIFA and Concacaf.”

At the time Kuylen did not say what the incident was but said that FIFA and Concacaf have already been “verbally notified.”

The political turmoil Kuylen references are in relation to the heated political climate in Haiti before elections later this year.

The FFB has not yet said what complaints it will lodge with FIFA, but considering today’s encounter it would not be surprising if they ask for the game to rescheduled and played elsewhere.

The Belize Jaguars are playing against Haiti this week in the FIFA World Cup Qatar 2022 qualifiers.

The match will be held at the Stade Sylvio Cator in Port au Prince at 3:00 p.m. Belize time on Thursday, March 25.

They then fly to the Dominican Republic on Friday for the second game on Tuesday, March 30 against the Turks and Caicos Islands at the Estadio Panamericano in Santo Domingo at 3:00 p.m. as well.