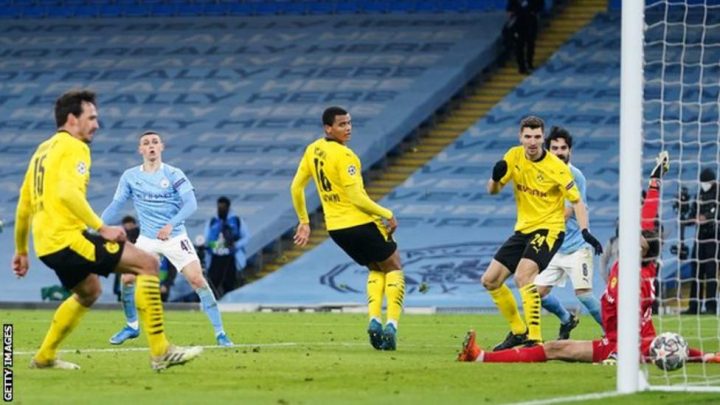 By Rubén Morales Iglesias: Manchester City have a 2-1 edge in Dortmund today as they take on Borussia Dortmund in the away leg of the UEFA Champions League quarterfinals. Dortmund are no walkover. Last week they fought hard at Manchester and nearly came off with a 1-1 draw until Phil Foden scored the game winner in the final minute.

City are hoping Kevin De Bruyne can manufacture the attacks they need to put the game away. Surrounded by players like Días, Cancelo, Gündoğan, Mahrez, Gabriel de Jesus and Foden, De Bruyne seems to be on good footing.

On the other side, Dortmund are depending on the explosiveness of Erling Haaland who came close last week on several occasions but who has been unable to score in the last 495 minutes. Today, he’ll have to step it up with the help of Marco Reus and Jude Bellingham.

“The belief here is great, but that alone will not be enough,” said Dortmund manager Eden Terzić. “We have shown that we can hold out against top teams. It will be a brutally difficult task. We have to work hard and be courageous.”

For his part, Man City manager Josep “Pep” Guardiola said that if they do not qualify the press will say it’s another Guardiola failure but if City win they’ll be talking about how good Pep is.

City were not allowed to sleep well last night in Dortmund with fans of their rivals causing explosions in the middle of the night, but other than that, they should be prepared for today’s game at 1:00 p.m.

The winners take on Paris Saint-Germain in the semifinals.