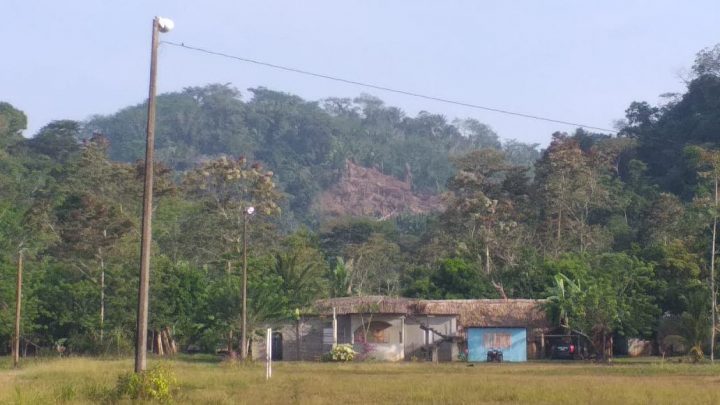 By Aaron Humes: The Forest Department has put a stop to clearing of land considered important for the protection of the scarlet macaw in the lower Stann Creek District.

Area representative for Stann Creek West, Rodwell Ferguson, told BBN this morning via phone that the clearing on the north side of the village of Red Bank was halted, having started two to three weeks ago.

Prominent tour guide and village native Basilio Mes sounded the alarm in a social media post, stating that the Macaw Hills located north of the village and running from east to west have been targeted for clearing for some time now.

According to Ferguson, he has not and will not give land in the area. But Mes has told us that persons in the village are ignoring that and going to farm on the hill sides, clearing virgin forest and claiming land that isn’t very good for farming.

Worse, Mes told us that of the small number of persons involved, at least one already has large farming acreage along the Swasey River in an area known as Danto Creek, the designated agricultural section of the village, but refuses to farm on it despite better soils.

Mes has formed a non-governmental organization, the Scarlet Youth Empowerment Organization which is presently registering for NGO status. Once it claims that status, the Forest Department is expected to partner with it to obtain protection for the area, something he says should have happened a long time ago but did not.

Mes is hoping to persuade villagers to stop the clearing of the forest hillsides which destroy scarlet macaw nests and further imperil the species.