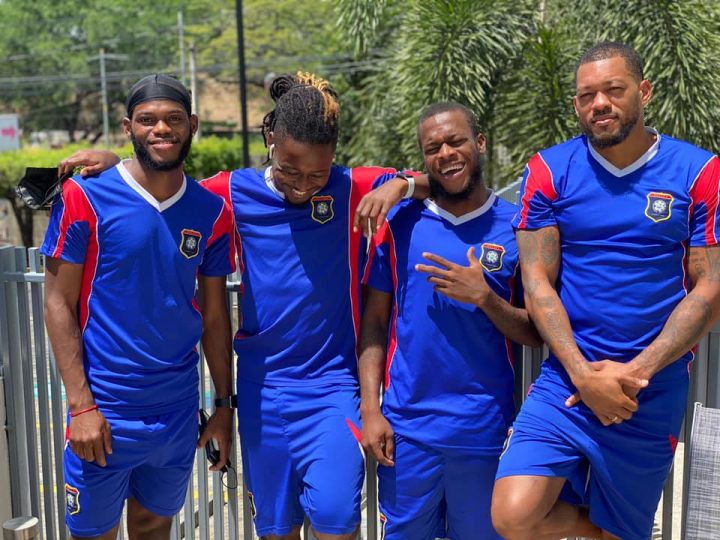 The BMNT travelled by road on Sunday through Guatemala and Honduras and arrived in Nicaragua on Monday.

Pelayo said the road trip was long but safe.

“It’s long hours but I must say that everything was put in place by the FFB, the bus was comfortable, everybody had a seat for themselves,” Pelayo said.

Pelayo said the Football Federation of Honduras, Fenafuth, were good hosts and provided the team bus police escort throughout Honduras.

“We had full-security escort in Honduras from the Guatemala-Honduras border to the Honduras-Nicaragua border thanks to the Football Federation of Honduras for providing that for us,” said Pelayo.

“Everything was put in place for the safety of the team. We had officers on motorcycles and officers in patrol vehicles in the back and in the front of the bus. The bus was well secured. It was a smooth ride.”

Pelayo said they arrived in Nicaragua on Monday.

Pelayo said the BMNT is staying at the Holiday Inn Express.

“The hotel is first class, excellent, the service is excellent,” said Pelayo.

Pelayo said that after resting Monday and Tuesday, the BMNT is conducting its first training session at 5 p.m. on Wednesday. Then on Thursday at 7 p.m. the BMNT has its official training on the pitch of the National Stadium in Managua in preparation for its World Cup qualifier against Nicaragua at 7 p.m. on Friday.