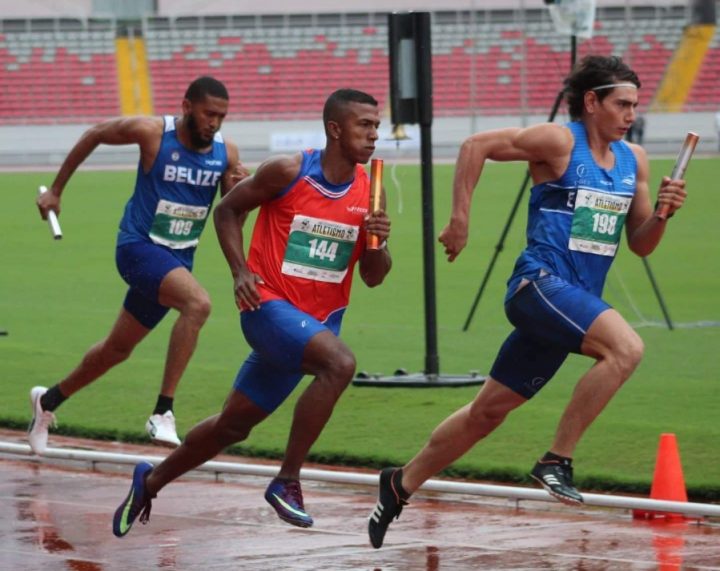 By Rubén Morales Iglesias: After winning six medals, one gold, one silver, and four bronze, at the Central American Athletics Championships in San Jose, Costa Rica, the Belize contingent of athletes returns home on Tuesday.

A total of 13 athletes and three officials leave Costa Rica by plane this evening enroute to Guatemala City. Samantha Dirks, Brandon Jones, and Shaun Gill flew to the United States,

Upon arrival in Guatemala City, they switch to a chartered bus to drive overnight to Melchor de Mencos at the Belize-Guatemala border. They should get there early on Tuesday morning.

They then cross the border and drive to Belize City.

Athletes like Ana-Lopez Camp will get off in Cayo while others like Brandon Adolphus will still have ways to go. Brandon lives in Orange Walk.

Cojac Smith won the bronze medal in shotput with a throw of 13.69 metres.

Tricia Flores won bronze with a long jump of 5.23m.