Kaya Cattouse rides in 2nd, makes the podium on Day 4 of Intelligentsia Cup in the United States

Police: Video of men holding firearms is a huge concern 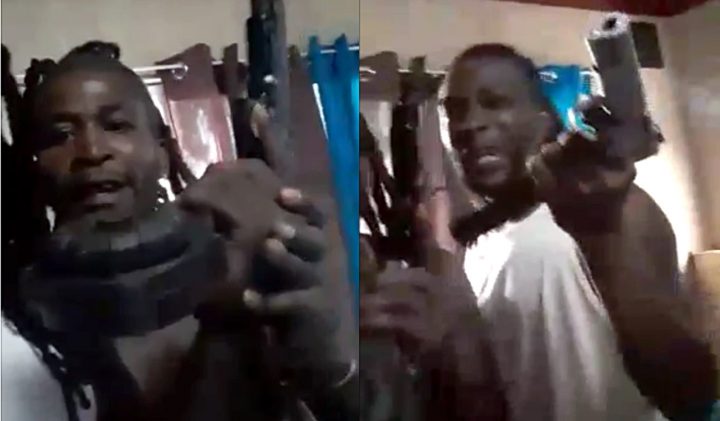 By BBN Staff: The Belize Police Department says that it is deeply concerned about a recent video making rounds on social media and through messaging apps of Belizean men, known to be gang affiliated, flaunting a number of firearms.

In the video, the men make no effort to hide their faces and brandish the weapons going as far as explaining how many live rounds they carry. The men were also seen in another video showing the bullets contained in the weapons by emptying them in view of the camera.

Director of Public Relations for the Office of the Commissioner of Police, Assistant Superintendent Fitzroy Yearwood said that the department has launched an investigation into the matter, but that the public has a major role to play in ensuring that these men do not get the opportunity to harm anyone with those firearms.

“We at the police department view this very seriously,” Yearwood said, “and we are asking the general public (for assistance). No bullet has an owner until it has made its mark and we’re asking you (for assistance) because we do not know whose lives it will affect, but of course, you know one bullet will change several lives.”

Yearwood stressed that the police will do everything to locate the men, one of whom received a weed whacker from police earlier this year, and find some charge to bring to address the danger they pose to the public at large.

“We will not leave this as if it didn’t happen,” Yearwood emphasized. “It is very important that they know we will not sleep until we get to the bottom of this investigation.”

Yearwood also noted that the firearms displayed in the video are also prohibited under the laws of Belize and cannot be carried by a civilian even if that person has a valid gun license.