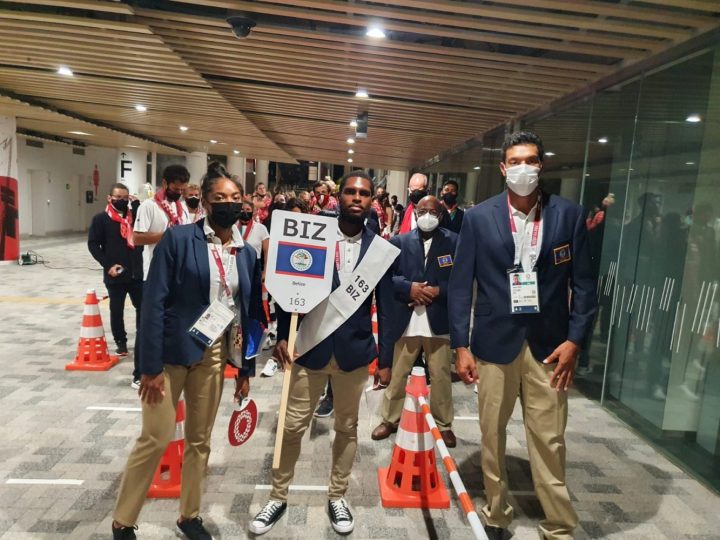 By Rubén Morales Iglesias: “Everybody ok,” said Belize Head of Mission Herman Pastor Jr. at Tokyo Japan. “So far only got some rain in Tokyo.”

Pastor had advised earlier that a typhoon was approaching but reports out of Japan said that the storm would pass Northeast of Tokyo and that it would only cause rains.

The Organizing Committee only had to reschedule archery, rowing, and sailing events.

Earlier Pastor had reported that our three athletes were in good spirits and were already training for their events.

Shaun Gill will run the 100 m (Heat 1) on Saturday, July 31 at 4:45 am Belize time according to the National Olympic Committee.

Cruz’s Spanish Coach Foad Buchta Mohamed was to arrive on Tuesday. Cruz already trained under Mohamed at a high-performance center in Seville, Spain, for the three weeks before flying to Japan.

Elvin Penner, president of the Belize Canoe Association was also to arrive in Tokyo on Tuesday.