Hospitalizations down slightly to 47 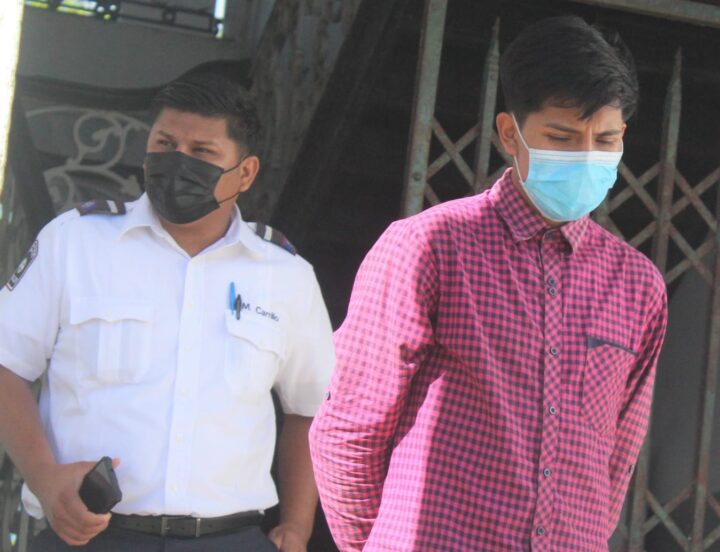 By BBN Staff: A crafty Ecuadorian national, Jose Francisco Lucero Chusino, 23, finds himself behind bars at the Belize Central Prison awaiting extradition back to his home country following an Order To Leave (OTL) imposed against him in the Belize City Magistrate Court today for trying to migrate to the United States through Belize illegally not once, but twice after escaping police capture the first time.

Chusino was brought to court in handcuffs to ensure he could not escape again and was unrepresented in court. Since he could only speak Spanish, an interpreter was provided for him. He appeared in Court #4 and was read a single charge of ‘deemed a prohibited immigrant’. He plead guilty and no fine was imposed upon him. Fortunately, for him, he was able to escape a charge for the escape.

Immigration personnel requested the OTL from the court because according to the Immigration prosecutor, instead of being brought to court when he was initially caught illegally in the country, he was given an administrative OTL by the Director of Immigration and placed on an expatriate flight to Ecuador through Panama on a Copa Airline flight on October 9. Chusino, however, had other plans as he was able to elude authorities at the Philip Goldson International Airport and escape, ditching his flight back to Ecuador for a longer stay in Belize and perhaps another attempt at reaching the U.S.

Chusino, who was in Belize on an expired passport, was later re-captured on a bus heading to Orange Walk. He will be sent back home on October 15.