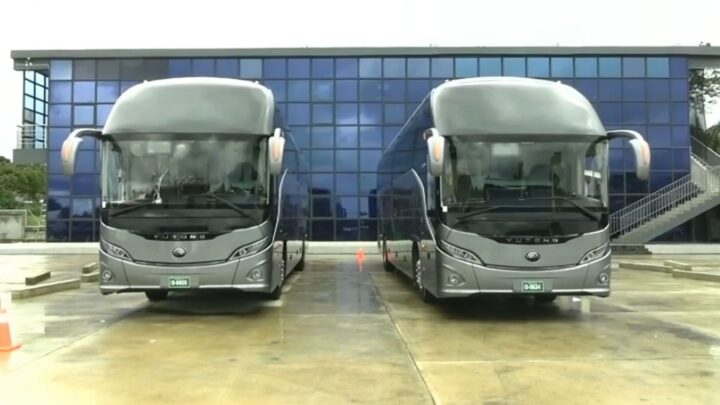 By Rubén Morales Iglesias: Floralia is a new bus line that will run from Punta Gorda to Belize City starting on December 6.

Owned by Marvin Vanzie and Derrick Garcia, Floralia sports two brand new state-of-the-art buses that are fully air-conditioned and are equipped with audio and visual entertainment, charging ports, seat belts, and onboard restrooms.

Vanzie said the idea for the bus line that would give improved service to commuters came after a talk with a friend. He researched the industry and decided to give it a run, according to Plus TV.

“In any industry competition is healthy as long as it’s fair,” said Vanzie. “I know they might have people that might be too content, but at the end the day it could be something people could look and say you know what, if they could do it, well why can’t we. They might even have more experiences related to the bus industry.”

He said he hoped other bus operators join in the effort to provide a better service to customers.

As to how profitable the runs are going to be, Vanzie said they won’t find out until they start running on December 6.

The two buses are 2022 model buses manufactured in China and were engineered and designed to suit the Southern and Hummingbird highways’ terrain.

Minister of Public Utilities, Energy, and Logistics Rodwell Ferguson said that when he took office, he promised to transform the transportation industry.

“Floralia is here to stay,” he said. “This is a beginning and I believe there will be expansion across the country. We are trying to give the consumer or the commuter the best ride possible.

“When I came on board, I realized there was no standard in the Ministry of Transportation, so I committed that we were going to transform the entire industry and likewise the transportation services,” said Ferguson. “I have a very young staff and I put them to the test and took up the challenge.”

Ferguson said Floralia is a call to other operators to improve their services.