Women going to plant coconuts at the Belize border 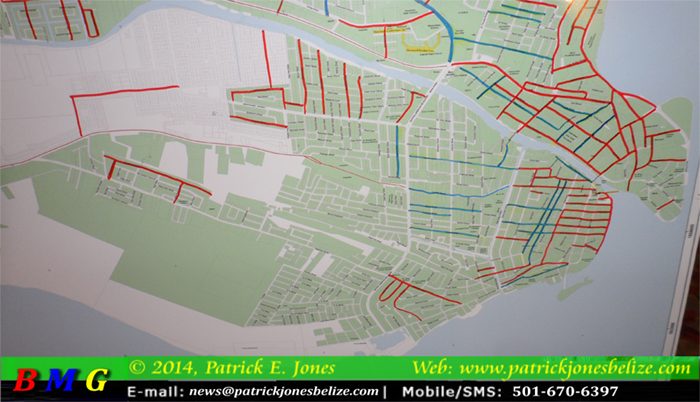 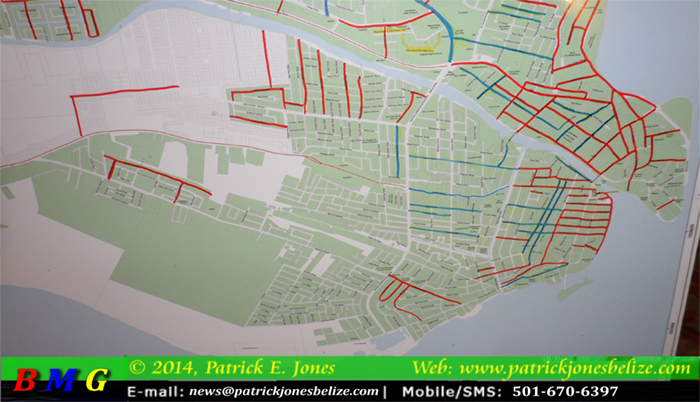 AARON HUMES Reporting: The second phase of a city-wide infrastructure project in the old Capital begins next week and by September of this year, one in every three streets in Belize City will have been concreted.

The list of selected streets include significant arteries and according to Mayor Darrell Bradley, were selected for their importance as bridges of connectivity to move traffic and goods around the Old Capital.

The total cost of the project is $9.7 million including drainage. The first phase of works was funded with a $20 million municipal bond floated by the Council and saw 102 streets concreted, some of which are in their final stages of completion.

The second will be funded by a $10 million grant from Central Government, in addition to $2.8 million allocated for immediate works in the aftermath of last year’s wet weather and a drainage project outlined by the Council.

Among the major streets to be tackled immediately are these six: the continuations of King and Dean Streets and Regent Street West on the Southside, and Buttonwood Bay Boulevard, Seashore Drive and Independence Street on the Northside. Bradley says that the Council is working closely with the utility companies in stages so that all 35 streets will be ready for immediate works.

Each street, according to a list circulated by the Council, will cost sixty-five dollars per square yard of concrete, the going rate for such according to the Mayor. The most expensive street will be Princess Margaret Drive for $1.23 million, while the cheapest is Slaughterhouse Road for just under $100,000.

Additionally, a total of $2 million of the Council’s own funds will be made available for immediate works on a number of neighborhood streets, primarily in the Southside which will be upgraded to pre-paved status.

The Mayor says inconvenience will be limited as a result of the selected streets being located outside of the downtown area and most major arteries. These streets will have installed drainage and additional works in response to the call of the public for these to be included following their conspicuous lack in the first phase. 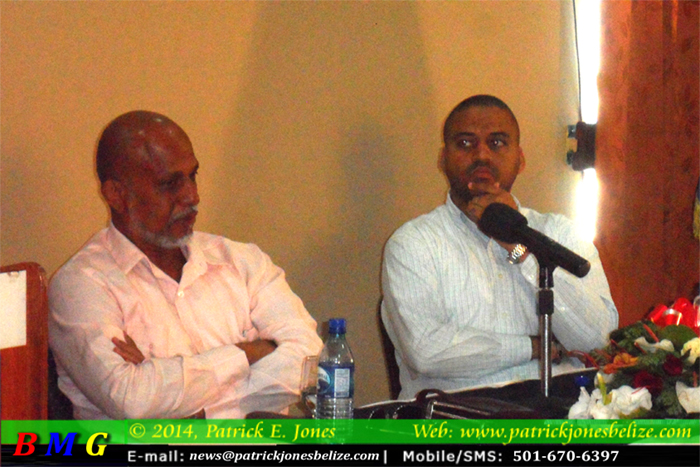 Prime Minister Dean Barrow congratulated the Mayor for the transformation of the Old Capital in the nearly two years he has been in office, headlined by infrastructure works and pioneering efforts like concretion and the municipal bond. But to head off accusations of Belize City-centrism, he announced progress in other municipalities.

Contracts have been signed for concrete works in Belmopan on Queen Elizabeth Boulevard and Cohune Walk, to total $1.8 million, with works to get underway in separate tranches in Benque Viejo, Corozal, Dangriga, Punta Gorda and Orange Walk.

According to the Prime Minister there has already been some movement in Corozal where six streets are to be paved with the chip-and-seal method, however the Government prefers concrete as it lasts longer and opens up jobs, being more labour-intensive to prepare and pour.

The Mayor says the Council’s efforts have an end goal of building a community, changing lives and having a maximum impact on development while meeting the standards of the City’s residents.

The Prime Minister, meanwhile, says that while the Council’s record has set it apart, it is subject to the same checks and balances as other municipalities.

It must send in its costings to be checked by the Ministries of Finance and Works and reviewed by its in-house financial team, while constant checks on the status and completion of works are the responsibility of the supervisory team.

The Mayor was coy about plans to run for a second term, saying only that if he sees it necessary to continue overseeing the great change in the Old Capital that is about to take place, he will do so.