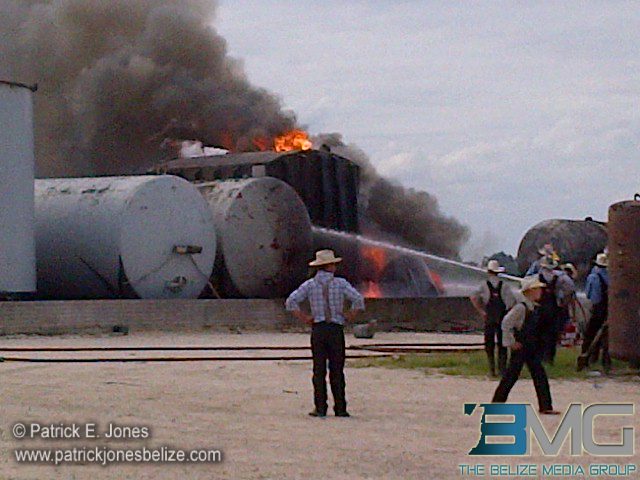 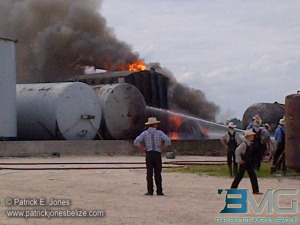 The incident happened in Camp 5 and reports from Orange Walk say that the fire broke out around 9 am. 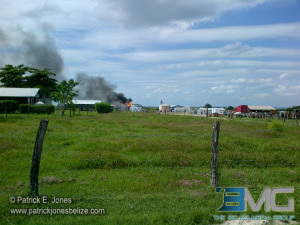 Shortly thereafter, the fire spread to a third container with a ten thousand gallon capacity. 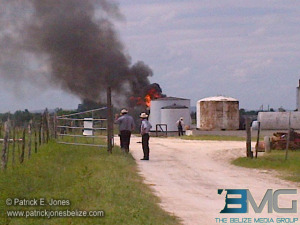 With the ever present dangers of the much larger containers, believed to have contained diesel fuel, could explode, much energy was expended in keeping those containers cool to avoid a further spread. 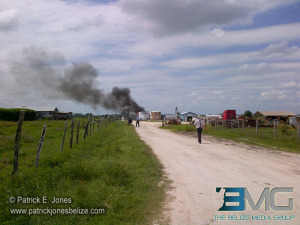 After three hours of battling the flames and clouds of smoke, fire officials with the help of members of the Mennonite community, were able to bring the fire under control and had it fully extinguished around 1:30 pm on Monday. 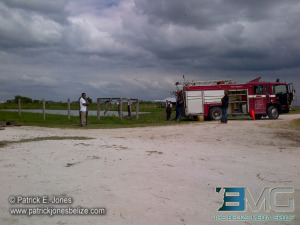 Thankfully there was a nearby open source where a fire truck was able to drop a hose to feed the streams battling the flame.

The cause of the fire is believed to be a faulty electrical line attached to one of the 600 gallon containers. The estimated cost of damage from today’s fire is $25,000.

None of the containers or their contents was insured.