OpEd: Can torture ever be justified? 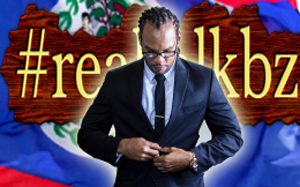 Today the 10th day December has been proclaimed by the UN General Assembly as World Human Rights Day with its stated objective as “to bring to the attention ‘of the peoples of the world’ the Universal Declaration of Human Rights as the common standard of achievement for all peoples and all nations.”

Article 5 of the UN Declaration states “No one shall be subjected to torture or to cruel, inhuman or degrading treatment or punishment.”

Ironically today also marks the 3Oth anniversary of United Nations Convention Against Torture. The prohibition against torture is incorporated in several human rights conventions and is considered in international law to be a peremptory rule, and as such derogation considered impermissible.

Article 1 of United Nations Convention Against Torture 1984 defines torture as “Any act by which severe pain or suffering, whether physical or mental, is intentionally inflicted on a person for such purposes as obtaining from him or a third person information or a confession, punishing him for an act he or a third person has committed or is suspected of having committed”.

However, only yesterday a report by a Senate was released, Senate Intelligence Committee chair Dianne Feinstein opined on the techniques used by the CIA saying they were “far more brutal than people were led to believe”.

The majority report issued by the Senate Intelligence Committee is a damning condemnation of the tactics during the George W. Bush administration deployed in the fear-laden days after the September 11, 2001 terrorist attacks have been branded by critics as torture.

Executive director of Amnesty’s US branch, Steven Hawkins, was far less kind with his opinion on the findings saying the programme “gave the green light to commit the crimes under international law of torture and enforced disappearance — with impunity. It’s time for accountability, including a full investigation, prosecutions and remedy for victims.”

Reacting to the report, US President Barack Obama said the CIA actions “were contrary to our values“.

“I hope that today’s report can help us leave these techniques where they belong – in the past. Today is also a reminder that upholding the values we profess doesn’t make us weaker, it makes us stronger and that the United States of America will remain the greatest force for freedom and human dignity that the world has ever known,”

However, our own little Belize is not immune from accusations of using torture as a interrogatory tool.  All too often we have heard accusations of the police using techniques if true that are nothing short of torture.

But the inevitable question that may linger in the minds of many is “There are times that torture during the interrogation of suspected terrorists or other suspected criminals can be justified?”

While some scholars and domestic bodies continue to attempt to carve exemptions to this rule, the international courts have maintained the peremptory nature of the rule against torture.

The most common defence of torture rests on act-utilitarian.  In short, the act-utilitarian case insists that torture is permissible when cost–benefit analysis reveals that more lives are likely to be saved by resorting to torture than by choosing not to do so.

The potential torturer must pass two tests according to Bentham. 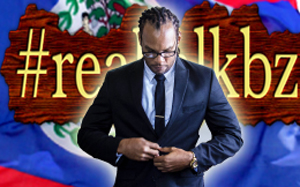 Firstly, the acquisition of information that is likely to save lives must be the purpose for the infliction of torture to an individual. Secondly it must be satisfactorily certain that the victim has information that would save live, since no benefit would result in torturing someone who does not have useful information.

In short, for Bentham the torture of one guilty person for the purpose of saving more than one innocent person satisfies the cost–benefit ratio and is therefore justifiable.

Some scholars and various domestic bodies have attempted to carve exemptions to peremptory prohibition against torture, however international courts and scholars alike have maintained that there is no legal justification to torture. Countries such as the US, Israel, Germany in response domestic pressures to fight terrorism at all cost have resorted to attempts to circumvent and find exemptions to the rule.

While the threat of international terrorism might not be a primary concern to Caribbean countries, sky rocketing crime rates with communities held captive by what has been called “urban terrorist” is undeniable.

When faced cowardly acts of “urban terrorism” which threatens the life of hundreds of innocent citizens for example where in Belize a grenade was thrown in a crowd of innocent revellers and observers on a carnival day,   there is almost a reflex reaction to disregard any rule against prohibition of torture in order to prevent further attacks.

But as Professor Strauss eloquently stated “The temptation to forfeit our most precious values is always most pressing in times of emergency and war. Yet, it is at precisely those times when it is most important to maintain our moral compass. Only an absolute ban on torture without exception will enable this nation to resist the impulse to ignore critical core values in favour of an elusive security.”

The question of whether torture is ever justifiable in the fight against crime and terrorism is not an easy one; the case law as well as academics presents legal and moral arguments that are very persuasive for both sides of the debate.

However, the better view seems to be that which upholds the peremptory nature of the rule against torture.

History is too laden with examples of where states acceptance of an exception inevitably leads to abuse, erosion in the rule of law, and rampant disregard of respect for human dignity.

Equally important any information received would be totally unreliable, for like the Senate Intelligence Committee report reflected the techniques often resulted in “fabricated” information.

Orson. J. Elrington is a regionally published author on a variety of topics including trade, ICT, law and the creative industries.
He is an academic standout with an A.S (HONS), B.S.(HONS), and LLB(HONS)
He is also a community activist in the areas of sports, working with underprivileged children and in poverty eradication.