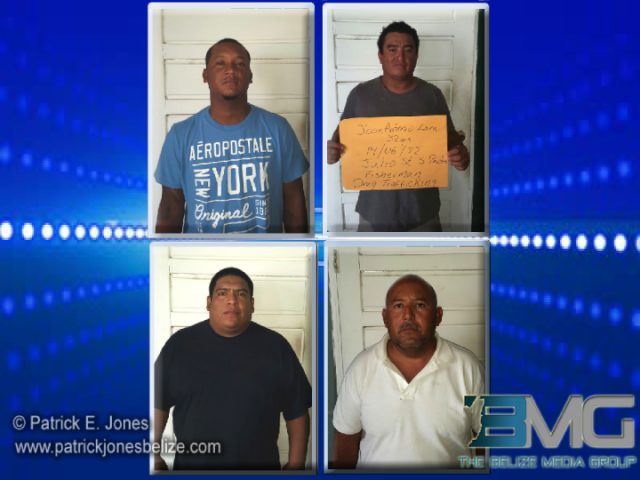 The four men must surrender all travel documents to the Clerk of Court, report every Friday to the police station in their place of residence, do not interfere with any prosecution witnesses and appear in court on their next and subsequent adjournment dates until the cases is concluded.

Members of the Anti-Drug Unit (ADU) of the Police Department made the bust in Corozal Town after searching a white Chevrolet Tahoe SUV with Belize City license plates belonging to Tillett and found the heroin in three bags on the back seat, allegedly while on an operation for different illicit goods.

The ADU intercepted the Tahoe occupied by the accused at the entrance to Corozal Town while they were allegedly headed for Mexico.