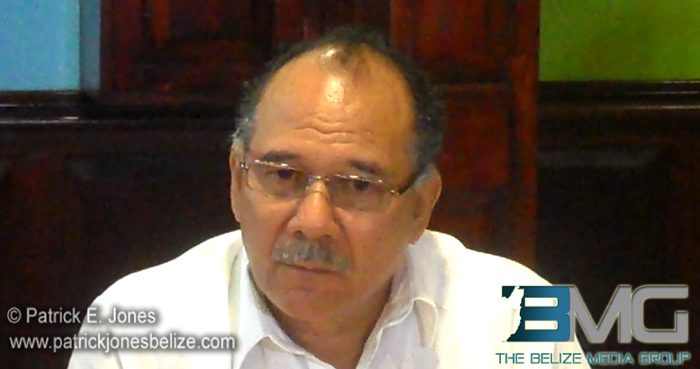 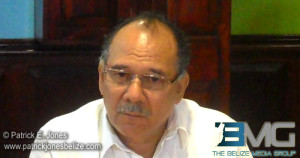 Wednesday, February 18, 2015. AARON HUMES Reporting: Exactly one year to the day protests began in Venezuela against the government of President Nicolas Maduro, the successor to beloved late leader Hugo Chavez, the Venezuelan Government reported the arrest of seven persons in connection with a reported plan to overthrow the Government.

This coup d’etat was foiled, but to prevent another attempt, President Maduro’s administration has made an attempt to reach out to its regional partners to intercede with the Venezuelan opposition and the Government of the United States to stop their efforts at removing Maduro and help to restore peace and security to the nation.

Belize’s Venezuelan ambassador, Yoel Perez Marcano, hosted the media today to present his version of events and publicize their efforts at reconciliation.

Ambassador Perez Marcano said his country has been on record as denouncing the continuing unrest which dated back to Chavez’s own overthrow by coup in 2002 which was reversed after a few days.

Despite the actions of the protest movement which he blames for causing continued political violence and economic hardship and the U.S. for allegedly masterminding the campaign and promoting “disinformation” about the status of the country, the Ambassador says they have a role to play in restoring peace to Venezuela.

Parliamentary elections are due later this year and the Opposition remain adamant that the regional support initiatives such as Petrocaribe must be discontinued.

The U.S., says Ambassador Marcano, has declined mediation by the regional body UNASUR, headed by a former president of Colombia.

Venezuela is now reaching out to its Caribbean partners, including Belize, for assistance, believing that if the opposition wins Petrocaribe will be under attack.

Belize is among the countries which benefit from the Petrocaribe partnership with Venezuela, buying oil at lower rates of 40% of the original price with the remainder delayed through a concessionary arrangement, which is used for social programs.

The Ambassador says those prices will not change as each country has signed a contract with Venezuela’s oil producer PDVSA; however, in the case of premium-manufactured petroleum which is about to run out, the Ambassador puts the blame on the U.S. no longer selling needed chemical additives to create the special brand.

A group of Belizeans have lent their support, issuing a statement calling for the normalization of relations between the U.S. and Venezuela and restoration of peace to the South American nation.