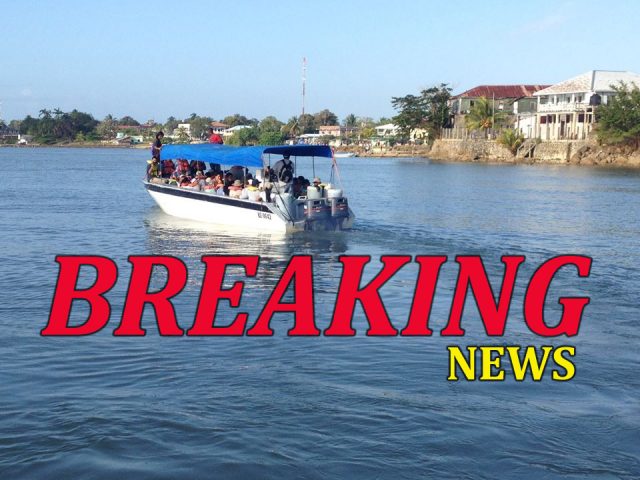 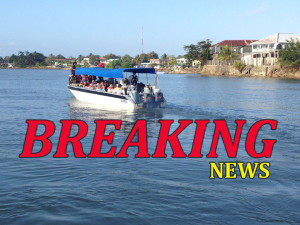 Saturday, February 28, 2015. BMG: A group of about three dozen Belizeans, members of the Belize Territorial Volunteers from Orange Walk, were intercepted by Guatemalan military officials this afternoon.

The group had traveled to the Belize border point at Gracias a Dios to place a erect a bronze plaque at the marker and were on the return journey when they were intercepted sometime between 2 pm and 4 pm.

Guatemalan officials reportedly boarded the Belizean vessel and took them first to a Guatemalan outpost and later taken to Livingston, Guatemala.

The reason for the detention by the Guatemalan military is not known.

Late this evening it was confirmed by family members of the persons detained that they were released but a decision was taken to remain Livingston for the night and head back to Belize in Sunday morning due to concerns over the safety on the seas at night.

Late on Saturday night, the Belizeans were scrambling in Livingston to try and get hotel accommodations

, many of them pooling their money to secure a place to sleep for the night.

As of 8:55 pm (Belize Time) There has been no official statement from the Belize government on the issue but the Chief Executive Officer in the Ministry of National Security George Lovell told KREM Radio tonight that it was his understanding that the Mayor of Livingston, Guatemala had offered to provide hotel accommodations

for the Belizeans who had been detained by the Guatemalan authorities.

That assertion however was quickly dispelled when text messages from the detained Belizeans confirmed that in fact they were on their own, and finding their own way around  trying to find accommodation

We will keep monitoring the story and provide details as they become available.