Concerned Dangrigans on a Mission to Restore Beach 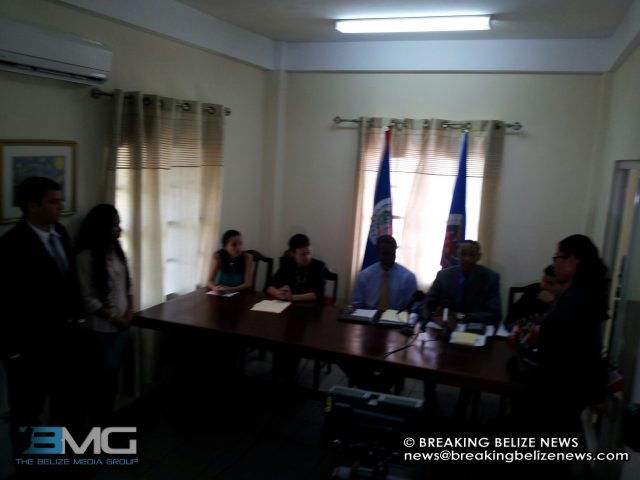 Monday, April 13th, 2015. Aaron Humes Reporting: The 7th Summit of the Americas organized by the Organization of American States (OAS) in Panama City, Panama, is complete; however today in Belize City a group of Belizean students displayed the knowledge that may make them future diplomats participating on Belize’s behalf in such events.

The OAS hosted its 33rd Model General Assembly for Universities of the Hemisphere, known as MOAS, from March 24-26 in the Eastern Caribbean Federation of St. Kitts and Nevis. Students from Belize’s tertiary institutions were formally invited earlier this year to participate alongside those of 19 other countries from Canada to Argentina and six students from Galen University in western Cayo District took up the challenge. 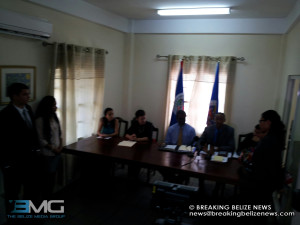 Together with their fellows they helped make future policy approved by the main Summit of the Americas in Panama. We spoke with them about their experiences in Belize City today. 20 year old business administration Major Arrian Dougal sat on a committee which discussed the role of women, children and indigenous groups in disaster risk management.

She says she has learned that including these vulnerable populations improves the chances of Belize successfully mitigating and potentially averting disasters.
Other students participated in committees discussing everything from diplomatic policy to legalization of cannabis. Lecturer in Anthropology and Archaeology at Galen, Sherry Gibbs, told us that the organizers and their fellow participants were surprised at the ability of the Belizeans to use their diverse backgrounds to contribute to the topics discussed. Participants’ majors ranged from environmental science and business to the social sciences typically represented at these events.

OAS Representative in Belize Starret Greene distributed certificates of participation to the students and told us that he expects they will use their knowledge to further the discussion of these issues at home and promote the OAS’ goals and objectives.

The University raised funds for the students’ trip to St. Kitts and Nevis.