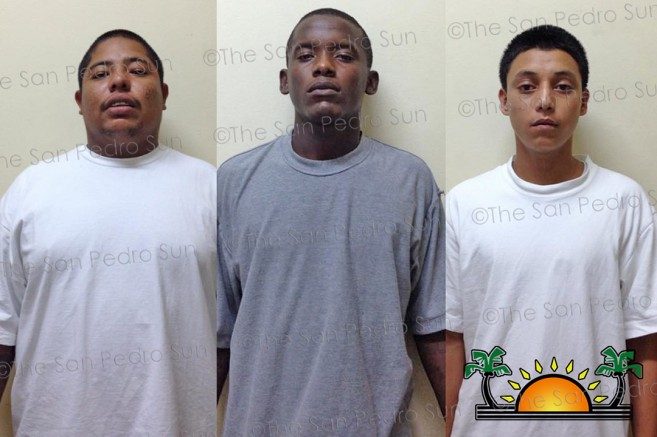 Tuesday, May 5th, 2015. BMG: 18 year old Santos Garcia, 19 year old Mark Arzu and 23 year old Luis Campos were slap with one count of murder and one count of conspiracy Officer in Charge of Police, Assistant Superintendent Henry Jemmott says that there are sufficient grounds, as well eyewitness and incriminating evidence to charge the trio. In addition, authorities have confirmed that the motive of the murder was to use Beltran’s cab as a getaway vehicle in the planning of a robbery.

All three men have been arraigned at the San Pedro Magistrate Court and remanded to the Belize Central Prison until June 2015 for their first court hearing. As we’ve previously reported, the men are accused for the senseless killing of Jose Beltran, taxi operator for the Airstrip Taxi Association on the island on April 28th.

Beltran was found with hands and feet bound and seated in the middle of the front of his vehicle with a single gunshot wound to the back of the head. Meanwhile, police continue to take statements and continue their investigations into the second murder of another taxi driver, Dionicio Trujillo. No charges have been levied this far in that investigation. We’ll keep bringing you developments as they become available.

Pictures used in this story are courtesy of San Pedro Sun.