Weather conditions to gradually improve in the next 24 hours

Opposition bows out of House during supplementary debate 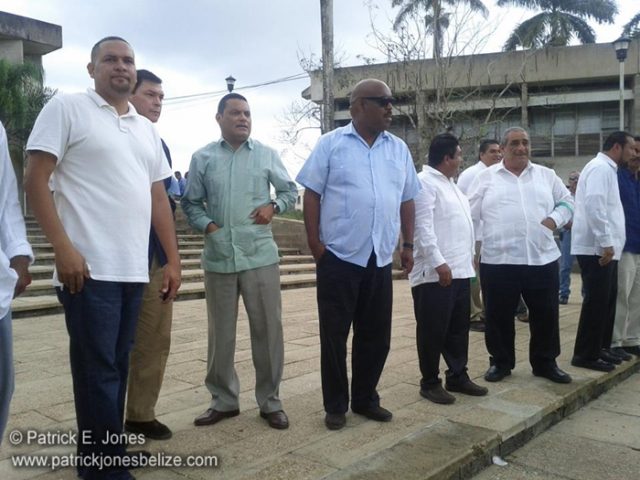 Friday, June 26th 2015. BMG: Members of the parliamentary Opposition left the House of Representatives this morning following a disturbance in the gallery during a meeting of the House in Belmopan.

Following an intervention by PUP Senator Patrick Andrews during the debate over the first supplementary presentation concerning Petrocaribe funds from the 2014-15 fiscal year, when Minister of Education and Collet representative Patrick Faber was speaking on the Collet Family Day held earlier in June featuring $36,000 spent of his allocation for Mother’s Day Cheer. 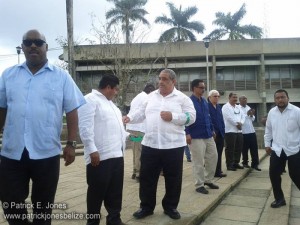 House Speaker Michael Peyrefitte said he would not pardon Andrews for his “mocking” remarks, explaining that he should set a better example for members of the gallery due to his high office.

This prompted the PUP contingent and their supporters to exit the House, forfeiting their opportunity to participate in the debate on the supplementary allocations and Petrocaribe Loans (Amendment) Bill, both of which were introduced today.

Minister Faber and Prime Minister and Minister of Economic Development Dean Barrow both flagged the Opposition for their actions, stating that many of their concerns had been addressed and that the forces gathered against the continued use of Petrocaribe, including certain sections of the press and social partners, would ultimately fail because the people of Belize supported it and the Government.

The Prime Minister listed multiple projects which would be funded by Petrocaribe in the coming months, including the ecumenical chapel at the Karl Heusner Memorial Hospital and others.

The supplementary allocations for 2014-2015 and the periods April to June and July to September of 2015 were taken through their first and second readings and are before the Finance and Economic Development Committee.

Also brought to the House was a bill to legislate for the head tax collected by the Belize Tourism Board (BTB), bills to amend the National Protected Areas Act and Protected Areas Conservation Trust (Amendment) Bill, and enactment for the Caribbean Community Climate Change Center. The Protected Areas and PACT Bills will be taken for further consultation as announced by the Prime Minister as their finished versions were only presented on Tuesday of this week following review of recommendations by APAMO and environmental NGO’s.

The sitting is presently suspended as the Finance and Economic Development and Natural Resources and Environment Committees are reviewing the Petrocaribe Loans (Amendment) Bill, Cruise Ship Passenger Tax and Caribbean Community Climate Change Center Bill. We will have more on today’s House meeting later in the day.