Wednesday, July 22, 2015. BMG: British High Commissioner to Belize, H.E. Peter Hughes, has been accused of bullying former employees at the Commission since his arrival in late 2013. 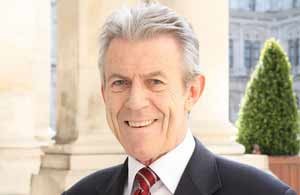 The Commission has had no comment, but several former employees have told 7 News that his behavior has resulted in at least 10 resignations.

These persons accuse him of various abuses including withholding pay and overtime, extra working hours and a series of insults.

The matter is being said to be investigated but Embassy staff declined comment on specifics.