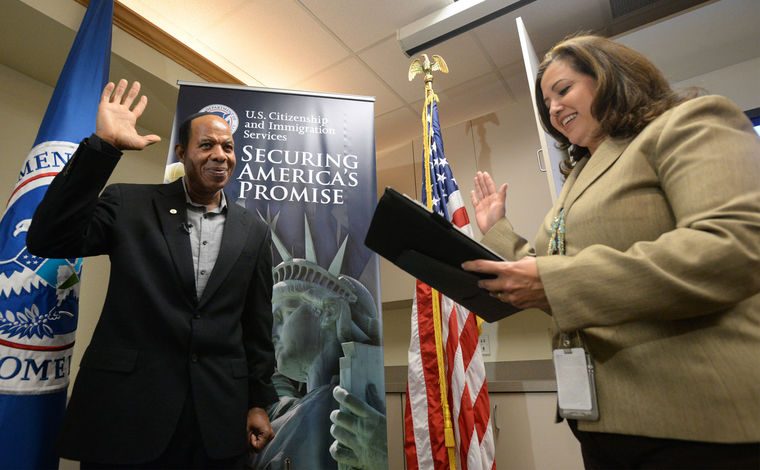 Wednesday, September 16th, 2015. Aaron Humes Reporting: After 43 years in the United States – 32 of those serving in its army – Belizean-born retired Sergeant Major Randolph Kelly formally became an American citizen after taking the oath at the U.S. Citizenship and Immigration Services office in 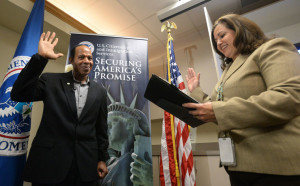 Harlingen, Texas, this week, according to the Brownsville Herald.

Kelly, who served in the Persian Gulf War in 1991, had sworn an oath when joining the military, but he mistook it for a naturalization oath. Upon applying for a passport earlier this year, he was found not to be an American citizen, and was in fact in danger of deportation.

However, authorities worked with the 64-year-old, clarifying errors on his birth certificate such as his name (Rudolph) and birth year (1951).

After a five-hour wait, the Mission, Texas, resident took his citizenship oath before director Norma Limon, who told him, “To serve our country for so many years without realizing it — you’ve been waiting long enough…I thank you for what you’ve done for our country.”

Kelly, married to his American wife Blanche, said after taking the oath: “I thought I was an American…Now I know I am. It’s a special feeling.”

Attorney Elizabeth Ricci told the Herald that Kelly’s case sends a message to many foreign-born U.S. veterans who made the same mistake regarding their oaths.

Information was not available about Kelly’s Belizean parentage or any other relatives.