“DJ Busch” in trouble over fight

P.M. claims progress made on Sarstoon but Sarstoon protocol comes before anything else 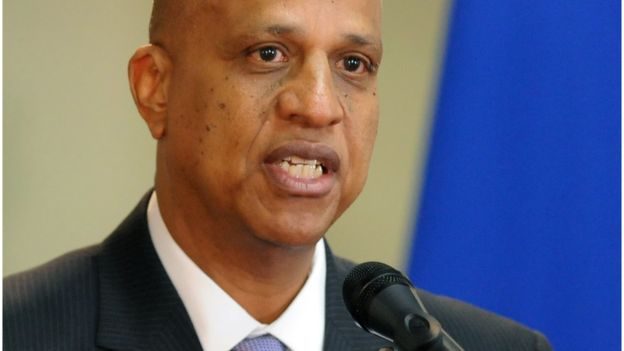 By Aaron Humes: Belize remains on tenterhooks for a solution to the Sarstoon. In the more than 30 days since the lifting of 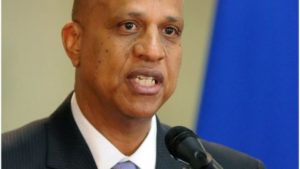 the Public Safety Act Regulations-Sarstoon Order, several media houses have visited the area with mixed results. But Prime Minister Dean Barrow cites the regression of Guatemala’s aggressive behaviour with each visit to claim that progress has been made on the ground – though he allowed caution until Guatemala has agreed with Belize in writing.

P.M. Barrow states that in the case of Channel 5’s second visit when they were chased out of the area, the Guatemalans subsequently questioned why the media crew filmed their Forward Operating Base and appeared not to have life vests in the boat, but the complaint has not gone anywhere since.

Concerning the PUP’s pullout from Sarstoon negotiations, the Prime Minister offered his regrets and an olive branch: in the interest of national unity, the PUP can and should settle their differences with the ruling party.

Prime Minister Barrow also confirmed Government’s intention to amend the Referendum Act so that a simple majority validates the referendum. According to him it is a response to pressure from the “Friends of Belize” to get going on the referendum to take the Belize-Guatemala dispute to the ICJ, but no progress will be made unless and until Guatemala signs up to a Sarstoon protocol.

In evidence that the territorial dispute is seeping into other aspects of Belize’s relationship with Guatemala, a Guatemalan delegation will not be present at next week’s CODICADER primary school games in Belize. Foreign Affairs Minister Wilfred Elrington previously indicated that Guatemala’s officials cited the ongoing tensions between the countries as their reason for not participating; Sports Minister Elodio Aragon Jr. was less sure when he conferred with Prime Minister Barrow after the question was asked. Either way, said the P.M., it is a most regrettable situation. He also confirmed that Guatemala has not sent back its resident ambassador to Belize.

Finally, since the leak of the Guatemalan statement emphatically declaring that it had not agreed that Belizean citizens had “untrammelled access” to the waters of the Sarstoon, Foreign Affairs Minister Wilfred Elrington has been publicly branded a “liar” and a “traitor.” Today Prime Minister Dean Barrow came to his rescue, saying that it was he put together the information coming from Istanbul. But he maintains that Belize has it right, and offers a reason for why Guatemala must save face on this issue: internal politics. He did note that Belize must be equally careful not to attribute anything other than official positions to Guatemala but the statements coming from both the Minister and Senator Eamon Courtenay seemed to suggest that Guatemala had so agreed.