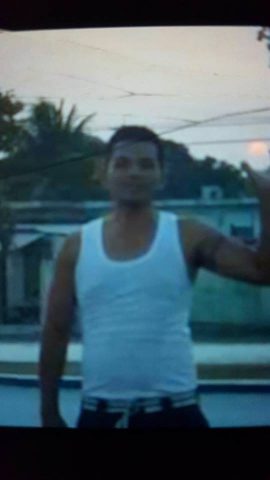 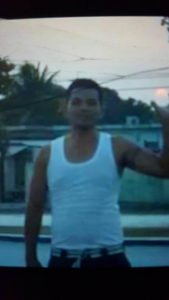 By BBN Staff: Yesterday, BBN reported the murder of a Salvadoran national in San Joaquin, Corozal.

Amilcar Morales Gonzalez , 21, and Doniver Ruano were riding home when they met a girl and began speaking to her.

Arturo Tzul, 34, confronted the men and chopped both men to the neck.

Gonzalez succumbed to his injuries and Ruano was treated at the Corozal Hospital and later released.

Yesterday, officer in charge of Crimes Investigation Branch Corozal, Sargeant Fernando Valladarez told the media that the incident occurred around 3:30 a.m. yesterday and police responded and found Gonzalez on a paved road in front of the Fiesta Grounds.

According to Valladarez, the female told police that Tzul had confronted her the same morning and so when she met with Gonzalez and Ruano, she told them about it.

That is when the men got into an argument and Tzul pulled out a machete and inflicted the wounds.

Police are asking for the public’s assistance in locating Tzul.

Reports are that Tzul had served prison time in Mexico.