‘No budget talks till after municipals” says PM Barrow 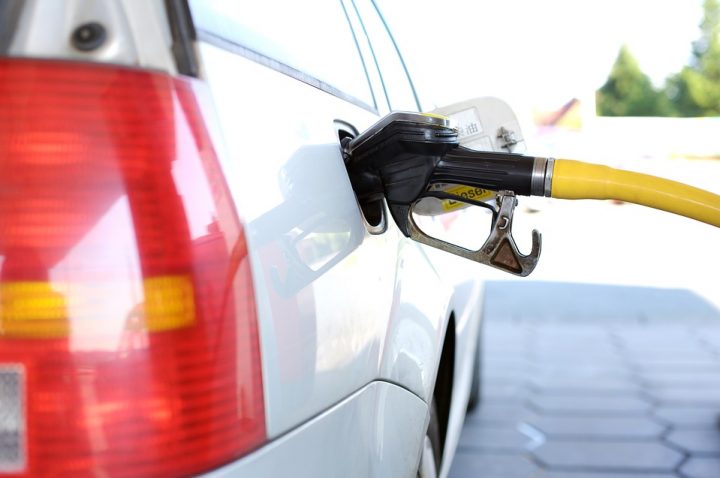 Fuel, like water, is one of the principal “drivers” of cost in an economy.

Pretty much every production chain starts with fuel as its source of energy, without which nothing moves….and movement is what causes transformation, adding value along a product-market chain.

A product-market chain is only sustainably viable when all the segments along the production chain are providing a positive return-on-investment for the participants….unless, of course, if participants in a segment do what it does because it makes them feel good, for some charity purpose or for some other non-profit motive.

Consider the production chain for tomato ketchup. The land must first be cleared, prepared and planted….bulldozers, tractors, power saws, movement of workers to and from the job site, soil tillers, planters, irrigation pumps…then the tomato must be processed…. transporting tomato to the processing site, movement of workers to and from the processing site, driving around to get foreign exchange and other permits, do banking transactions, payment of utilities and other services, sourcing and transporting the other ingredients from where they are available to the process site, preparing the tomato for processing, cooking the sauce, packaging the sauce….then the final product must be marketed, sold and distributed….sourcing and implementing advertising and promotion products and services, salesmen traveling to pick up orders, transporting the final product to wholesalers, then to retailers, then to final users.…..all of these activities utilize energy, usually dependent on fuel.
In Mexico, the price of fuel is around $7/gallon…..in Belize, the gallon of fuel is around $11. This is not the only important differential, but also the mileage yield…..Mexican fuel is known to be around 20% more fuel-efficient than the fuel Belize currently imports.

Which country do you believe will have a more competitive product-market chain for tomato ketchup? In what direction will tomato ketchup likely flow?

Now extrapolate this scenario across any other product-market chain you want….and answer the same question.

Does this have anything to do with why Belize imports close to $200 million from Mexico, yet it exports less than $15 million to Mexico?

Fuel is a basic commodity that is traded around the world at standard prices….and thus Mexico’s acquisition price for fuel might be a little lower because of the volumes they purchase….but not much lower.

The principal cause of the price differential for fuel between Belize and Mexico is the Government of Belize policy regarding taxation, storage and distribution of fuel within Belize…..not the acquisition price.

The Mexican government policy is to expand their economy by increasing demand for the goods and services they produce, at home and abroad….and they, for many years, have actually subsidized the price of fuel in their economy, ie. they sell it at a price lower than the acquisition cost. They also have controlled storage and distribution cost by having only ONE company (PEMEX – the state owned petroleum company) store and distribute fuel within Mexico, with laws that keep the storage and distribution costs to a minimum.

Mexicans….and compare what our policy is doing for Belize and Belizeans.

The policy makers and economic participants in Belize all know this very well.

However, Belize government chooses to take around $70 million in taxes and levies, approximately 35% of the $200 million that Belize imports in fuel. In addition, it has a very expensive three-player oligopoly that increases the cost of storage and distribution significantly, without providing any real advantage to users of fuel.

This is why select industries and economic actors with political clout have been able to convince our governments to make “SPECIAL PROVISIONS” for their industries.

For example, sugarcane farmers are reimbursed $1 or $2 per gallon of fuel, depending on their distance from the BSI factory. Those already benefiting from ZERO taxation under the Export Processing Zone laws, also get exemption from paying taxes and levies on fuel….so they are getting away “scot free”. Now there is talk of extending this olive branch to citrus growers as well. The richer companies that can afford to purchase a truck load of fuel, can buy fuel direct from PUMA (the only authorized importer of fuel) at around $3 less per gallon than the pump price that everybody else have to pay.

This policy (or lack thereof) causes major distortions in the competitiveness among industries within Belize….because those who benefit from “duty-fee” fuel are more competitive, from the get-go, than the majority that don’t.

This high level of taxation on fuel is the principal driver behind the lucrative contraband trade for fuel…..a trade that is growing every year….principally sourced from Mexico through our porous borders…and estimated to value around $50 million annually. Now consider what this cost-advantage from contraband fuel does in the distribution trade? Ever wonder why most goods flow from north to south….and not from south to north? This contraband “cheaper fuel” gives competitive advantage to EVERY product-market chain of those who can access it….principally those that originate near the northern border.

Belize needs to take this page out of Mexico’s book….and make ALL its product-market chains more competitive and productive….and placed on a balanced competitive and productive field….by removing ALL taxes and levies on fuel, except a 10% GST…..so that ALL goods and services can be produced in Belize at a level of competitiveness and productivity comparable to Mexico and the US…..our principal competitors (aka trading partners). Production investments of all kinds would start up, grow and flourish much more rapidly.

The cost of production, storage and distribution of every commodity would go down significantly…..and this would allow the government to compensate for this “loss” in revenue from fuel, by lowering the GST from 12.5% to 10%, and charging it across the board (instead of the large amount of exceptions and exemptions that currently is another major cause of distortions in the market)….without increasing the price of basic commodities to consumers. This would be a “lower cost-of-living no matter what” strategy that would be much more realistic….compared to the strategy of lowering barriers to entry (import duties on finished products) for competing imported products that only serve to put domestic industries at a greater disadvantage than they already subjected to given our “slave mentality” fuel policy.

The ball and chain would be removed from every single product-market chain in Belize.