Four Belizeans busted with 57 pounds of weed and ammo

Domestic abuse – A manifesto for Carrie Tripodi too 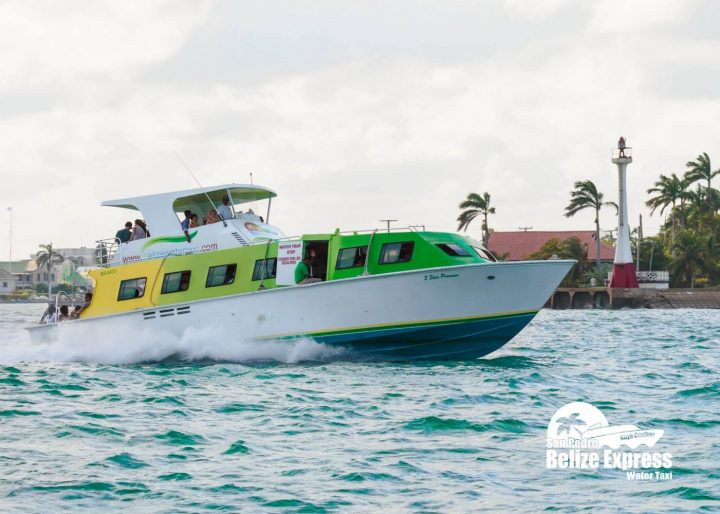 those of Breaking Belize News.

By Richard Harrison: Belize City is one of the principal ports of Belize, with a population of around 70,000 or 20% of the country’s population.

Even though the capital was moved from Belize City to Belmopan in 1971; after hurricane Hattie wreaked havoc on the city in 1961; the city remains the commercial and financial center of Belize.

The Port of Belize is one of the principal assets in the city, and its website declares that in 1997 the port had 229 ship calls with throughput at 492,770 tons….in 2017 it had only 205 ship calls, but throughput had increased to 935,910 tons, at 90% over 20 years or average of 4.5% per year. The POB is currently privately owned and has been for an extended period in receivership with the Belize Bank…a situation that needs resolution for this important asset to play an optimal role in the development of the city. No part of the revenues of the POB goes to Belize City.

The Phillip Goldson International Airport is also located in the suburbs of Belize City, with throughput recorded at 182,904 in 2007….increasing to 298,157 in 2016….a growth of 63% over 10 years or average of 6.3% per year. The PGIA is managed by a private company which collects US$39.50 departure tax, none of which goes to Belize City.

Cruise tourism is also a big contributor to Belize City, having recorded arrivals of 624,128 in 2007….increasing to 1,005,394 by 2016….a growth of 61% over 10 years or average of 6.1% per year. Around 50% of these arrivals tooks tours in Belize City, while the others passed through Belize City to inland and coastal sites. A head tax of US$7 per cruise tourist is distributed US$3.67 to the Fort Street Tourism Village (owned by Royal Caribbean and Diamonds International), US$1.26 to the Belize Tourism Board, US$1.07 to the Protected Areas Conservation Trust and US$1 to the Belize City Tourism Development Fund. Since the head tax declared in 2006 was BZ$9.18 million, the total for 2016 can be estimated at BZ$14.78 million, with Belize City getting only BZ$2.11 million.

Belize City is also the distribution center for all land and marine transportation…being the center for bus and water taxi routes. The city gets no part of the revenues from its services as a transportation hub. The water taxis for example, charges BZ$28 round trip Belize City-Caye Caulker and another BZ$28 round trip Caye Caulker-San Pedro…and these could be increased to BZ$30 per tourist…with BZ$1 going to Belize City….and BZ$0.50 each going to Caye Caulker village and San Pedro Town.

The Belize City Council is the administrative body that looks after the daily management of the affairs of the municipality. Its website offers very little information about the city and its offers…it does not provide the annual audited financial statements of the city.

Belize City is also the center of financial services, commerce, production of beer, liquors, soft drinks, boats, aggregates and construction supplies…..education and health services…cultural and historical services…calls centers….telecommunications, electricity and water services…accommodation, dining and entertainment services…residential and real estate services…marina and ancillary boat maintenance services…vehicle, autoparts and rental services…fuel storage and distribution services…architectural and engineering services…marine products processing, packaging and export services…among others. Belize City does not get any of the excise tax charged by central government on beer, soft drinks and liquor…nor does it get any of the Environmental Tax levied on all the imports through the POB.

The economic development of Belize City is thus centered around tourism; financial, commercial and business-to-business services; industrial production and marine products and services. These should drive the vision and short-medium-long term development plan of the city

The principal challenges of Belize City are safety and security of citizens and visitors…infrastructure such as drainage, solid and liquid waste management, waterways and waterfront maintenance and development…and the financial sustainability of a dynamic city providing quality services for its citizens and visitors.

The Prime Minister and Minister of Finance, Hon. Dean Barrow, stated in a recent House of Representatives debate on the national budget something to the effect that his central government would invest more in municipalities that voted for his UDP party. Since Belize City voted overwhelmingly for the opposition PUP, this was not a good message for them. If PM Barrow takes economic and financial revenge against Belize City for voting the way they did, his and his party’s demise is almost guaranteed….indeed, he should be taking the high road and leading a process of greater de-centralization for all municipalities, especially Belize City, so that the rapidly growing municipalities can provide more and better services for the citizens and visitors of Belize.