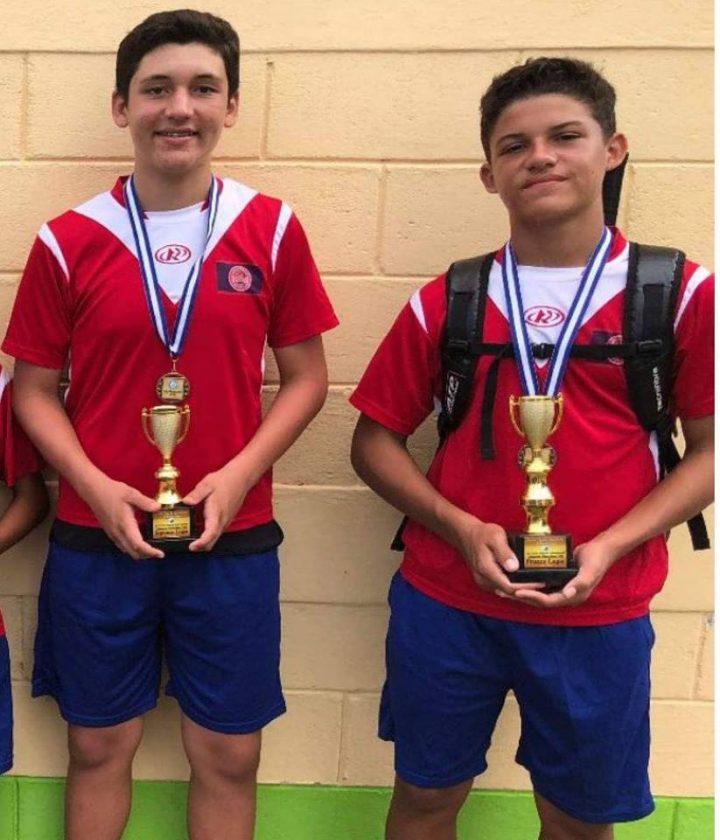 By BBN Staff: Students from St. John’s College represented the country positively during a tennis tournament in Guatemala over the weekend.

In the under 16 category SJC’s Samron Pott and Stefan Sosa made it to the finals after defeating several challengers.

However, they had to square off against each other for the trophies.

The match between the two went down to the wire. Both students won a set against the other so that a third set had to be played to break the tie.

The third set ended 10-8 with Sosa emerging the victor. Pott placed second in the tournament.