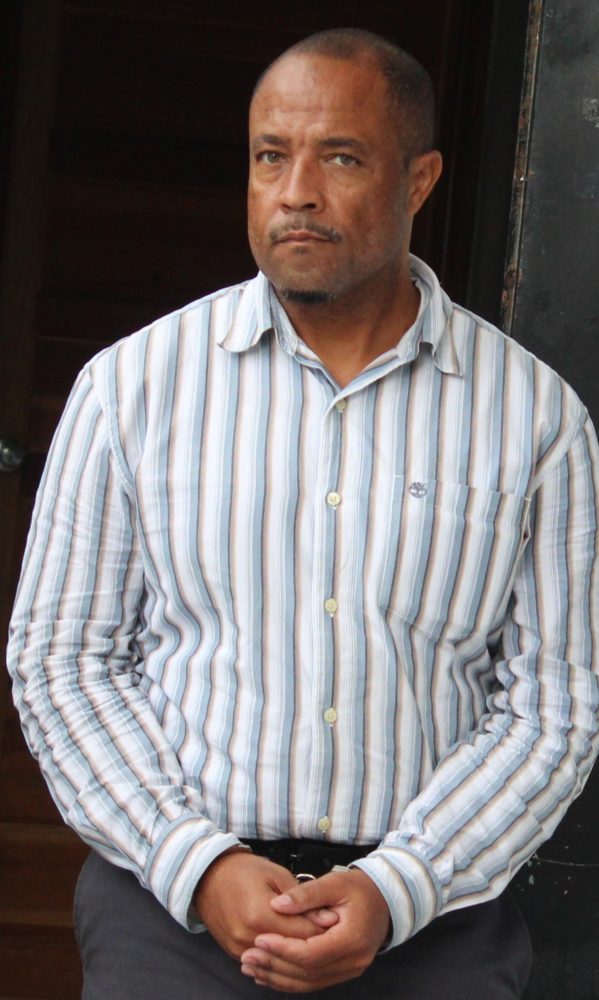 By Aaron Humes: Supreme Court Justice Collin Williams is to decide whether Patrick Castillo’s story of self-defense when he chopped his stepson to death four years ago holds water, or can it be determined that Jose Maderos’ death was deliberate and intentional.

After testimony beginning two weeks ago on March 25, the case was adjourned yesterday.

Maderos was chopped with a machete four times to his neck, head, shoulder, and body and died at the family home at Kut Avenue on April 1, 2015.

Maderos came home that night around 9:00 apparently intoxicated. As he was passing his other siblings, he “mashed” step-sister Patricia Castillo’s foot and immediately apologized.

She went to complain to her father, Patrick Castillo, who picked up a machete and came out to confront Jose, who was on the veranda. He then began a verbal exchange with Castillo, calling him “black boy” and “rapist” among other things.

Goaded, Castillo charged Maderos and swung at him as the younger man tried to shield himself. The fatal wound according to a medical examination came to his neck, which opened a wound to the left side of his chest as well.

As Maderos lay dying, Castillo ran down the steps of the house, shouting to call the police.

Castillo swore in open court that he had asked some of his children to go sleep downstairs while he was watching television with Patricia Castillo, whom he called as a witness for the defense. He said Jose stormed into the house drunk and cursing and he ordered him to leave.

Castillo said Maderos repeatedly refused to leave when ordered as his mother lives there, and allegedly punched the older an in the face. Castillo said he went into his room and armed himself with a machete, but Maderos refused to back down and charged him first, forcing him to act.

No date has been given for the verdict, which will be by judge alone.