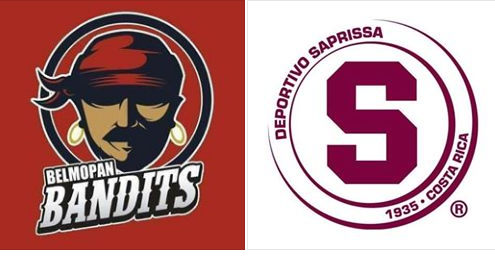 By Aaron Humes: There are no easy matchups in football, and national champions the Belmopan Bandits have been assigned a tough out for the third year in a row in the Scotia Bank CONCACAF League.

The League is a tournament to decide the final entrant into the CONCACAF Champions League next year.

The Bandits were drawn with Costa Rican giants Deportivo Saprissa, also known as the “Purple Monster” for their main club color.

Saprissa finished behind rivals, San Carlos and defending champions Herediano, but are already five-time Central American champions. They last faced a Belizean team when they defeated Juventus of Orange Walk more than 20 years ago at the People’s Stadium.

The Bandits are making their third League appearance but have not gotten past the round of 16 either time, losing 5-1 on aggregate to Walter Ferreti of Nicaragua in 2017 and 3-0 to Motagua of Honduras last year. Will the third time be the charm?

The League now has 22 participants and its top six teams qualify for the CONCACAF Champions League.

The winner of the battle between the Bandits and Purple Monsters face off with Aguila of Guatemala in the next round.